A Day with Cécile Cassel

Fräulein links up with Cécile Cassel AKA HollySiz to discuss her career, her life in the south of France, and the things that move her.

Our favorite artists and icons were also the last generation’s favorite artists and icons. They will continue to entertain us with their extravagant personalities: Madonna AKA Kinky Madonna and her unapologetic sexuality, David Bowie AKA Ziggy Stardust and his androgynous style, Lady Gaga AKA Mother Monster and her incredible stage presence. Sometimes, it is hard to get a hold of the artist behind the persona. Are they always a superstar, even when the cameras are off? Are the cameras EVER off? The boundaries tend to get blurred. French singer and actress Cecile Cassel knows about that. Her first album came out in 2013, which was the introduction of her music alter ego HollySiz. The cover of “My name is” shows her in front of a shadow, hinting at the duality of her identities. We talked to Cécile about her appearance in the music industry, her inspirations, her daily routine, and the artist that is HollySiz. She also shared with us some intimate photos and diary entries from quarantine that we pass onto you. 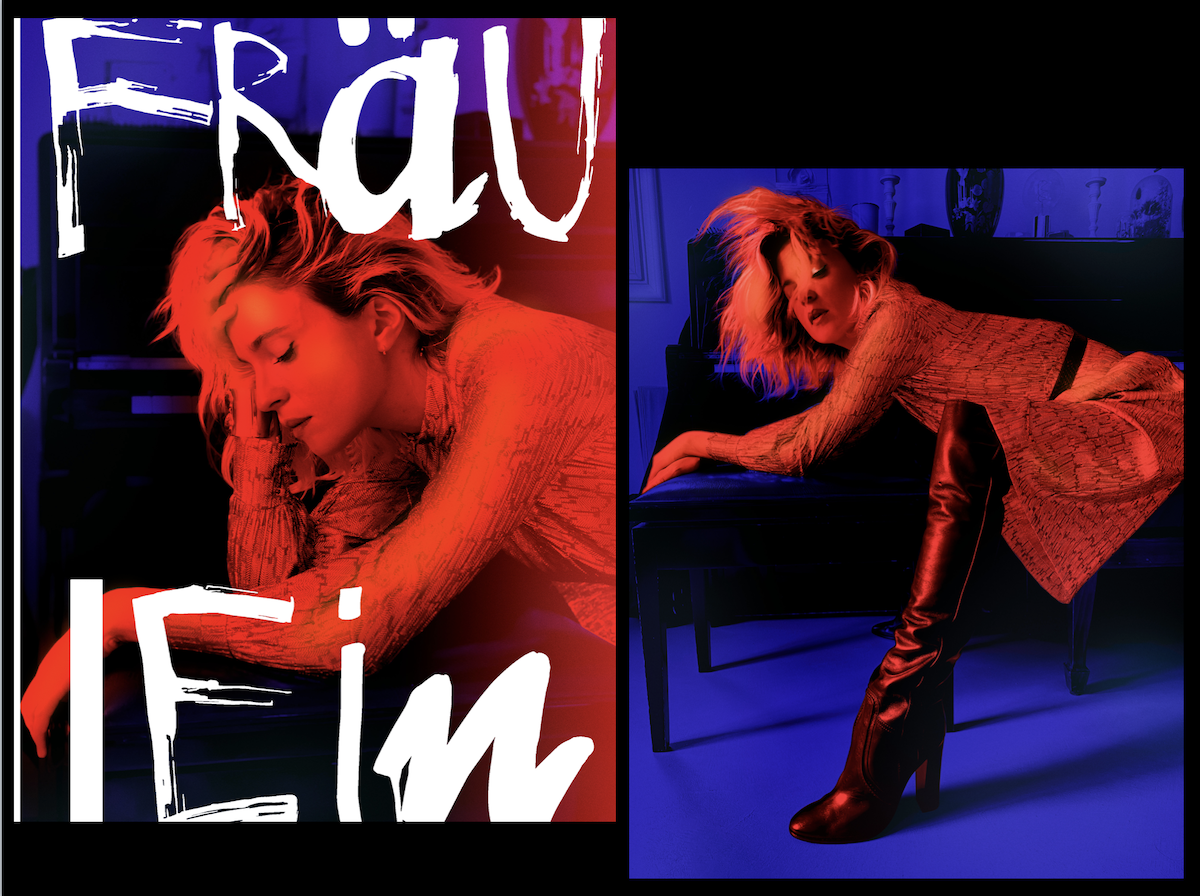 For someone who does not know you, could you describe your music style in three words?
From the guts.

In the music video for one of your earlier songs “Come Back to Me,” you included dance moves of some of your idols. In another interview, you said that these idols had a huge impact on you, for example, Michael Jackson. How did he impact your career?
I don’t know if he impacted my career, but I grew up with his music videos and everything that inspired his videos, for example, works of Bob Fosse or Le Mime Marceau. Among his inspirations is also my favorite movie of all time, which is West Side Story. So, because I grew up with these movies and music videos I’m sure that I’ve been inspired by all that unconsciously, but it’s more about my first experiences of culture and about realizing the possibilities in that field. So I wouldn’t say that he impacted my career, but I would say that it definitely influences me.

Madonna is also on the list of your personal icons. Why do you find her so appealing and how did her change in persona inspire you and your work?
I grew up in the 80ies, I was a kid in the 80ies, and Madonna was and is still, actually, the queen of pop music. I didn’t realize that when I was a kid I was a fan of her because she was transgressive and beautiful and all her videos were like stories, almost mini-movies. I really loved her songs and the way she moved, I loved everything about her. But I think it took me a while to understand the impact she had as a woman because I didn’t realize how free she was and how she made the lines move a lot about everything. About women empowerment, about the LGBTQ-community, and more. She was in the future. She was already in our area in the 80ies. So I would say that it was more like an infusion of her talent and of her awareness of the world which inspired me the most.

How did you go about creating your own musical Alter Ego and „becoming” HollySiz? What does this project mean to you personally?
It’s weird because I realized not a long time ago, maybe after my first album, that my perception of HollySiz changed. I thought that it was like a superhero that I created that was like me with superpowers or like a new version of me. But I discovered that in the end, it was like I put a mask on just to be a little bit freer. So I would say that HollySiz is like the part of me I wasn’t able to reveal under my proper name, which is kind of interesting. And at the same time, it’s a costume. When I go back home, I make dinner and everything goes back to normal. So I don’t know if it’s my Alter Ego, but HollySiz is definitely like the deepest part of me. And not the hidden one anymore.

What does it feel like to walk onto the stage? Is there a moment of metamorphosis from Cecile Cassel into HollySiz?
Actually there is not, I’m not going into a corner to spin around and transform like Wonder Woman. There are rituals for sure, before going on tour and going on stage. There are rituals like all the workouts I do for my voice and for my body, so before going on stage, I always try to repeat the same rituals to prepare and maybe to feel more confident because I did all the rituals before. But when you are on stage, it’s really like a base jumping; you can prepare everything, but at the moment you jump, it’s too late to think or to regret. So, I definitely dedicate myself and my full body when I’m on tour and the rest of the time I try to stay aware of the fact that at some point I will have to go back there. But I definitely feel at home on the stage.

Now that you are a musician yourself, has your focus shifted on searching for inspiration in other artists your age around you, or who do you look up to now?
Actually, inspiration is everywhere. I walk a lot. I don’t live in Paris anymore, but when I go to Paris, I walk a lot, I do everything walking distance because I want to see people, I want to see little details, I want to see stories in the streets or at a coffee terrace. I am inspired by everything actually. I remember that there is a French rapper, Oxmo Puccino, who said “If you don’t have inspiration anymore, go to the tube,” and that was what I felt as well. So, I get inspired by everything in my life, people around me, nature around me because I live in nature now. The artists I look up to now are in museums and movies likewise, but in the music industry, I would say I’ve been moved and impressed by the work of Billie Eilish and Rosalia. I would say that they are the two figures that arrived in the last two to three years and that inspired me a lot because I feel like they are free in what they want to give to the world through their art. I’m really impressed by this work and how those girls are really into their generation and at the moment, they are so modern, it’s incredible.

How do you wish HollySiz to evolve over time?

It’s difficult to project now because we are in a weird moment, also for the music industry and the live industry, so I would say that I hope that I will be able to get back on tour as soon as possible and I hope for concerts soon again. I don’t really think about only the HollySiz project but about all the projects around me and I’m really sad to see that this business is crashing now because of the crisis. I hope though that it’s going to be possible to do concerts and festivals again and to meet people again.

How do you wish to be remembered as an artist?

(laughs) I really don’t think of that, it freaks me out a little bit.

From your music videos, we have learned that you like to try out something new and like to include different dance styles or controversial topics in your videos. What have you done recently to challenge your comfort zone?

Newly, I surf and for somebody who is afraid of going into the ocean, I challenge myself every time I go and even though I feel I’m obsessed with it now, it’s always a challenge for me. When I go into the water I always think of what could happen. Also, I’m going to direct another music video, not including myself in the frame. So I’m going to guide actors as well, which is a little out of my comfort zone.

CDs, Vinyl or Streaming? I actually go back to Vinyl now, so let’s say Vinyl.

Modern or Tap Dance? Dance; every type of dance is possible. Just Dance.

France or …? France, France forever. And ever and ever!