Since the 20th of December, new Instagram community guidelines apply, and they have caused uproar and discussion about personal freedom of expression, creative boundaries, and the censoring of women’s natural bodies.

Instagram is a social platform meant to inspire and be inspired, as well as act as a trial room for „self-experimentation“. It offers users the opportunity to build an online identity for themselves to share with friends around the world. For some users, their identity may not necessarily be so similar to their actual one. Instagram has morphed into a place for discovering their own body, a community, and dabbling in new aesthetics. Instagram has been a safe haven for many coming to age and coming to terms with themselves. But what do they do when the safe space itself begins to demonize, censor, and ban the very users that have made it the 100 BILLION dollar venture that it has become today? Since Instagram was acquired in Facebook, Instagram now has to play by the rules of Mark Zuckerburg. Anything deemed „erotic“ or “ here , and yes, this includes Whatsapp.)

According to these new guidelines, even our Instagram is liable for deletion! Below, Fräulein shares some of our favorite artists and curators who are facing deletion under these new rules, as well as some more thoughts on what this could mean for the world outside of our grid. 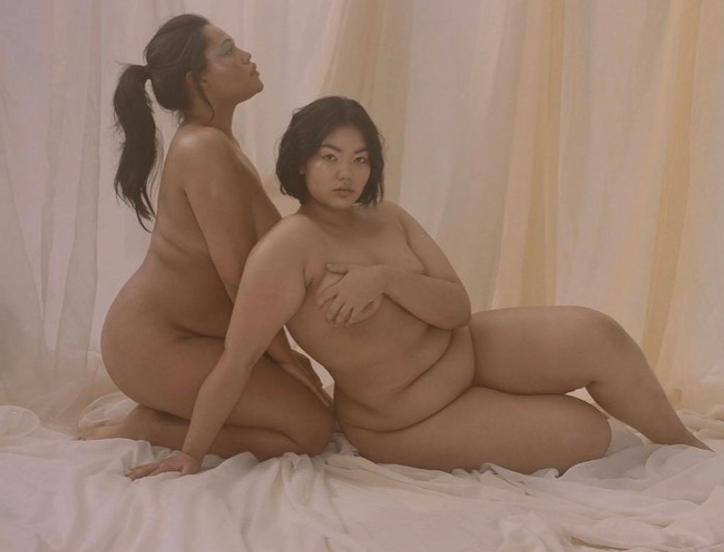 Via FRAEULEIN MAGAZINE, shot by Carlota Guerrero  from our „POWER“ issue

The consequences that this entails ultimately also affect those involved, such as brands, models and, ultimately, magazines such as ours. Over the past few years, Instagram has become increasingly important, especially among people belonging to the creative scene, sharing their work.

Sex and nudity are among the most natural topics in our lives, but they have been turned into an explicit subject. Nevertheless, there is an enormous fascination for both of these things, which is why they also play a large role in art, literature, and film.

Nudity is also an opportunity to show different body shapes in a positive aesthetic light. „Body positivity“ is playing an important role, and while more & more people are doing educational work in this regard and encouraging others to accept themselves, perhaps showing exactly this aesthetic and self-confidence with their own body that someone is looking for. Instagram has become a space for diversity that has long had to be fought for. The new guidelines will no longer allow some of those presentations, which may be a step back to the old understanding of bodies and their acceptance.

As well, we are living in a time where porn is freely available and „normal.“ During Corona, sex workers lost many of their opportunities to generate income and took refuge to online platforms, such as Instagram, to create an online presence. For those, it won’t be possible to recruit potential clients for other platforms, where they would actually gain money. The consequence will be that most sex workers will be excluded from the platform (even in countries where sex work is legal and regulated), which would as well include a declining understanding of sex work, which is already a controversial topic that needs more educational work .

The new guidelines aim to protect minors on the platform from even more from explicit content, by using artificial intelligence, which reacts to certain characteristics. The effects are far-reaching, especially in view of the fact that some contents on the platform had to be censored beforehand. As a result, a lot of brands, individual persons, and artists won’t be able to present or advertise themselves or their products in their own way anymore. „

In order to speak out against the new regulations, the organization “ silenced bodies “ consisting of LGBTQ + creators and sex workers, started a petition. You can sign here

For your well-being: Hempinger CBD (+ GIVEAWAY!)

Have you been taking enough care of yourself lately? This year still feels fresh (even if we necessarily don’t), and …

„Who’s That Girl Rollerskating in Gucci?!“ An Interview with Sara Lancerio

A Summer of Love in Wood Wood

If you were already aware of the Wood Wood presence, perhaps you associate it with streetwear and lounge sets. It …