THERE ARE ITEMS WE COLLECTIVELY LAUGH OVER, BOND OVER, SWOON OVER, AND THERE ARE DEFINITELY PIECES WE ARE SINGULARLY OBSESSED WITH. 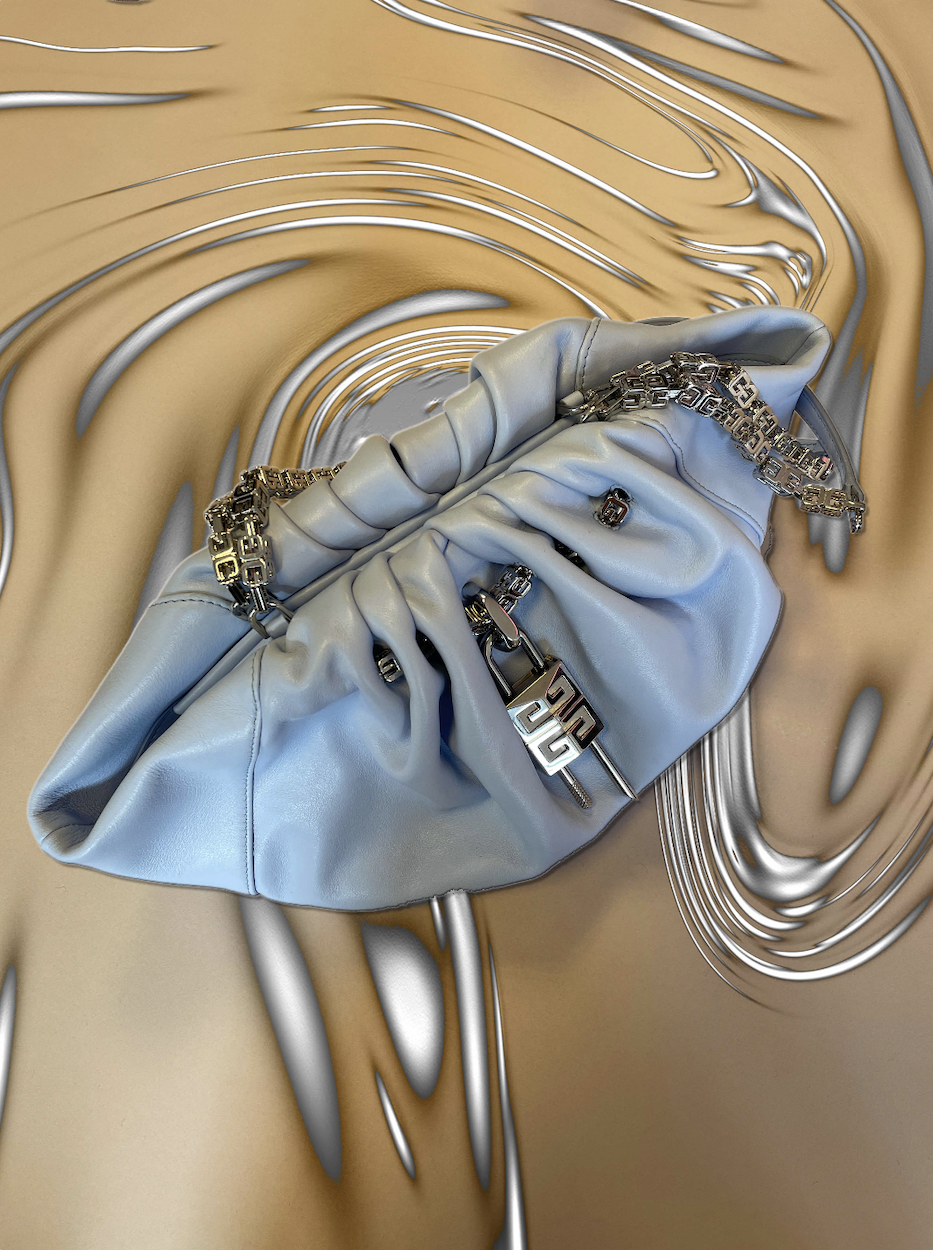 Last year was rough for everyone, let’s face it. What we need for this Spring is practicality and ease. Matthew M. Williams did just that, and designed for Givenchy a bourse-style handbag. Of course we want a purse in which we can throw everything in, but it’s better when it’s elevates your looks at the same time. Created as a nod to the evening bags of the early 00’s, the Kenny-Bag indeed looks like it would be worn by the coolest it-girls gone clubbing in New York.

If we all miss those carry-all type of bags they were often very girlish looking, Givenchy offer us here versatility with a soft calf leather balanced with double-G hardware, featuring the now iconic Givenchy padlock. This tasteful mix brings a more gender-fluid flare to the bag, which would compliment amazingly looks from the realm of the femme fatale to the streetwear boys and everything in between.
The Kenny also comes in an organza version first revealed on the Givenchy runway for Spring-Summer 2022, as well as a version fully embroidered with mother-of-pearl, which also appears in the current Spring-Summer campaign.

The softness of the leather-Kenny, had me believe that it’s the type of bag which ages very well and polishes with usage. The type of bag you can take out on a late night, throw your keys and a pack of cigarettes and don’t have to worry about.

The Kenny-Bag is available in stores and online!