„Skies of Lebanon“: A conversation with film maker Chloé Mazlo

„I find that it’s quite rare to show people who don’t want to leave a country, we always show those who want to leave. It’s much easier in terms of scriptwriting. It’s very complicated to talk about the love you can have for a country… Because it’s not rational.“

„Skies of Lebanon„ is the first long film of French-Lebanese film maker Chloé Mazlo, we watched and enjoyed the beauty of this film who turns difficult subjects such as the civil war or the feeling of belonging into something else, breathtakingly colorful and melancholic. Mazlo knows how to transform the mundane into poesy and through the lens of her camera the emotions unfold. She agrees to meet us and discuss the creative process behind „Skies of Lebanon„.

Fräulein: What do you think the falsely naive side of the animation brings to the film?
Chloé Mazlo: There are several answears. The first, is that I made all my short films in stop-motion animation, using technique ofimage by image animation with either actors or dolls. I used the animation in this movie as a special effect, not something that comes up regularly. The animation brings something childish and as the character of Alice is a bit naive, at times, I found it fitting and since we are in her thoughts, we can project ourselves into this kind of imagery. Then, all the subject related to war for example, with the fighters who wear animal masks is not invented. It’s really based on archival footage from the Lebanon war. They really had masks, boas, and again I minimized! I am often told, “but why did you want to make the war burlesque?“ When I didn’t make any effort. It’s hard to imagine it was so ridiculous and yet it was. It was especially at the beginning of the war, because the militiamen thought that it would be very fast, 15 days at the most and that after that it was going to stop and therefore in order not to be recognized when they went to work they masked themselves, they took the masks they had at home. Sometimes with Mickey Mouse or French politician masks. It was very strange!

Fräulein: As a Lebanese, what does this story represent for you?
CM: Yes! Initially, I was like, “Oh no! I’m not going to make a film about Lebanon again talking about the war. „But finally it was such a visceral need that I said to myself“ If I need it, I must not be the only one.“ And then, I hadn’t necessarily seen a film that treated the war like that and from that point of view. I grew up in France where we have a lot of image of the war with the destroyed buildings, we know all that but we see very little of the life of these people, the interior of these Lebanese homes and then this offbeat side. Because I used the tone that my family used when they talked about the war. It was important to bring this different vision of Lebanon and not explain the reasons for the war.
Unfortunately, there are a lot of things that resonate with the Lebanese news, it’s not so much from the past after all… 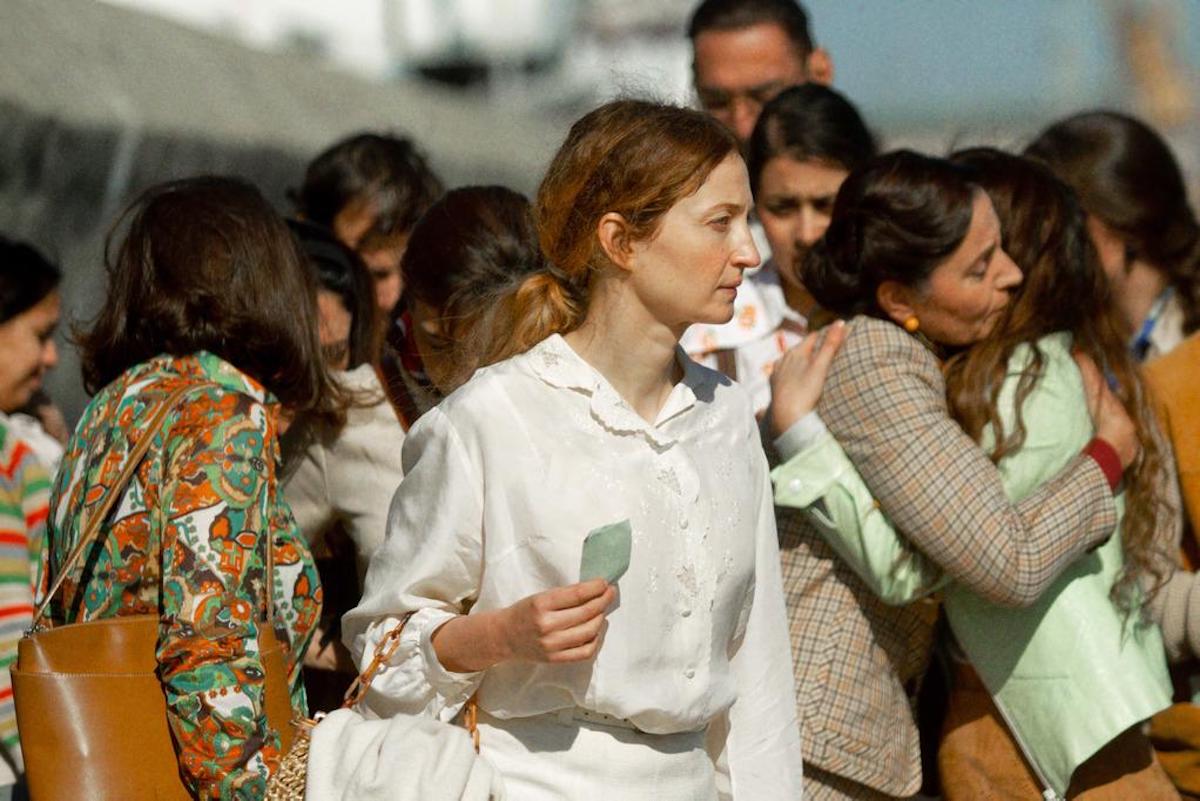 Fräulein: Is the character of „Alice“ inspired by real life events?
CM: I was inspired by the character of my grandmother, who is Swiss, and who went, exactly like Alice, to settle in Lebanon in the 1950s as a nurse. In fact, she left for a year, but she fell completely in love with Lebanon, and with my grandfather by extension, because my grandfather was what she adored in Lebanon, that is to say this joy of live and this humor. It is necessary to re-contextualize. Switzerland was not what it is now, it was quite poor and she did not like living in a very small village, she did not feel well. When she arrived in Lebanon, she really had a feeling of being reborn and alive and so she fell completely in love. I said to myself: „I’m going to discuss this subject through her.“ Moreover, she is still alive so I would sometimes wrote and then went to see her to have more veracity in what one could feel when the war started. The fascinating story is that with her Swiss passport she could leave Lebanon, but she stayed for 10 years of war. She preferred living under the bombs than in her native country, it had always intrigued me “but why? Why didn’t she leave?“ I find that it’s quite rare to show people who don’t want to leave a country, we always show those who want to leave. It’s much easier in terms of scriptwriting. It’s very complicated to talk about the love you can have for a country… Because it’s not rational.

Fräulein: Are oriental films sufficiently represented in your opinion?
CM: No, I do not think so. Seeing how sometimes the film, at the time of financing, had complicated returns. I said to myself “there are still a lot of things to do to deconstruct the image we have of these countries and of what we also expect from them in terms of cinema.“ 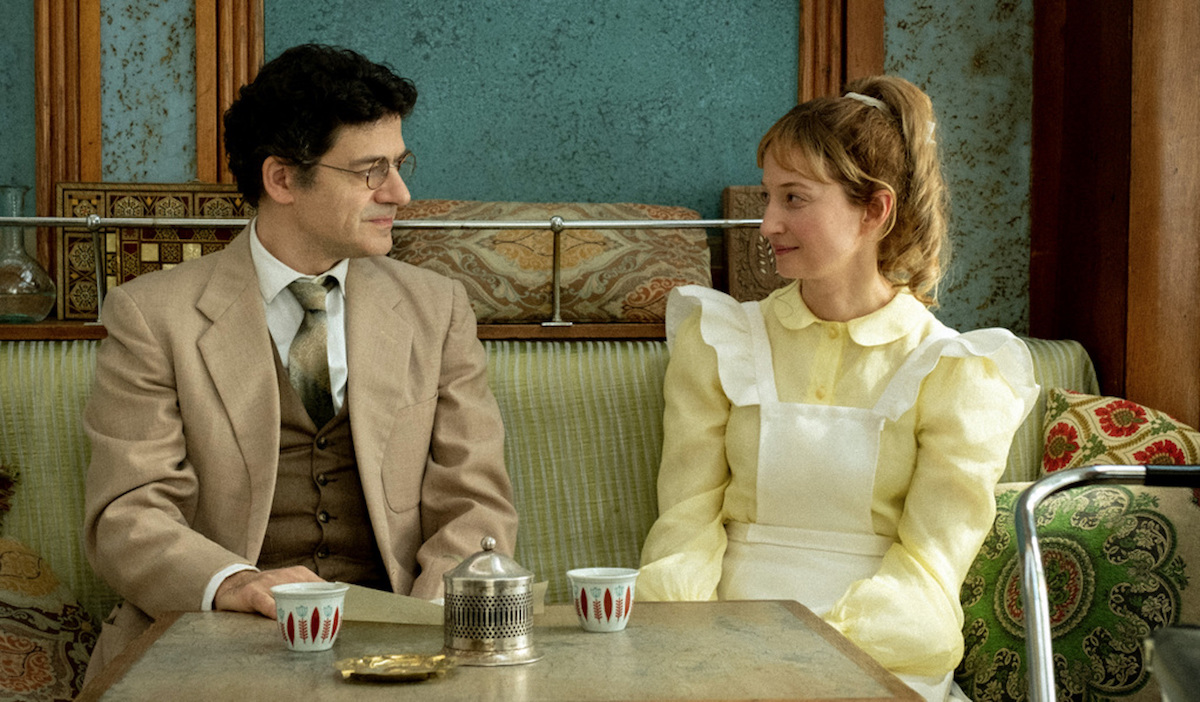 Fräulein: Writing a film in several languages seems trivial given the reality of things, but it’s still rare. Is it important to you?
CM: It’s a challenge that starts with the casting because I wanted there to be only Lebanese actors, who speak Lebanese Arabic, because it’s a particular accent and precisely because they speak what is called the Franbanais: Mixture of French and Lebanese. Personally, I grew up with that, and I wanted this mix to be natural and not fixate on passages in Arabic and passages in French. It had to be fluid and so on set I also had to trust them when they spoke Arabic and let them improvise on things that I didn’t understand, because I don’t speak Arabic. I really wanted this double language because it is a reality of Lebanon.

Fräulein: Do you have a message for people who refuse to put subtitles to watch a movie?
CM: There is a part of story in this mixture of languages, it also tells something. It’s not just a fantasy that I had, and so suddenly it’s depriving yourself of the dimension that it brings and even the dimension in the ear because the French language spoken with an accent for me, it also tells a lot about what the French language was like at that time. The fact that two nationalities meet and speak French in another country with an accent, is historically strong.

Fräulein: What does taking part in the my french film festival mean to you?
CM: It calmed me down a lot, in the sense that it’s a first film and it’s a quite different and I was afraid that because it’s a little special with a cinematographic language that isn’t usual, I was bordering on seeming pretentious and seeing that it had rained and that people were moved encouraged me to continue to develop this language and tell myself that I hadn’t made a mistake. 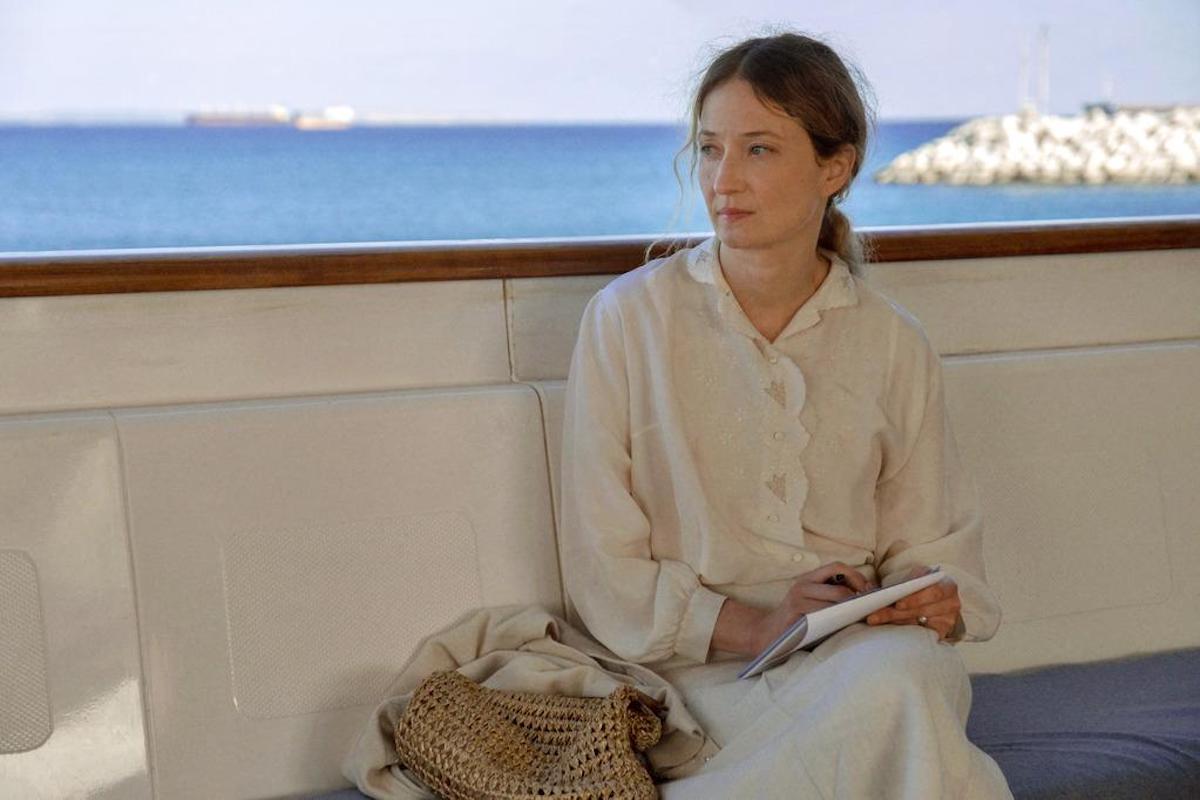 Fräulein: Is making a good film as important as making a good film?
CM: It’s part of my job too! Because it’s also a tribute and then I wanted to show people who were dignified and beautiful and for me that’s very important. I collaborated with the chief decorator and the costume maker. For them too, it was thoroughly enjoyable because they are consistently told: „It must not be seen, and that the costumes needs to blend into the decor“. With the costume designer we studied each of the characters, and we gave them color tones which also tell something about the character. For me the costume also serves the story, and it tells something important about the characters, about their past, about the way they want to represent themselves, the way they always remain well dressed when there is war. It’s critical to me that they be dressed and groomed and live in this decadence that is hard to imagine. We studied my family photos, a lot, the family photos of actors who were Lebanese, so that inspired us to make a beautiful film that looks like a family photo. The character of Amal, for example, who is the sister-in-law, remain a woman who always wants to look glamorous, we see her on screen putting on varnish and everything. For me, it was important to show that she can be like this, and that it does not make her a futile person, on the contrary. It makes her a character who is dignified, and who doesn’t want to be invaded, it’s a way of keeping his head held high!

Fräulein: How would you convince our readers to watch the film?
CM: It’s a journey and it’s a film that I’m frequently told (She’s afraid of sounding pretentious) we’ve never seen before.