Each week, OOR Studio reaches out to various artists, musicians, and those with all-around good taste.

THIS WEEK IT’S ALL ABOUT DOING WHAT YOU LOVE AND POSITIVE ENERGY. 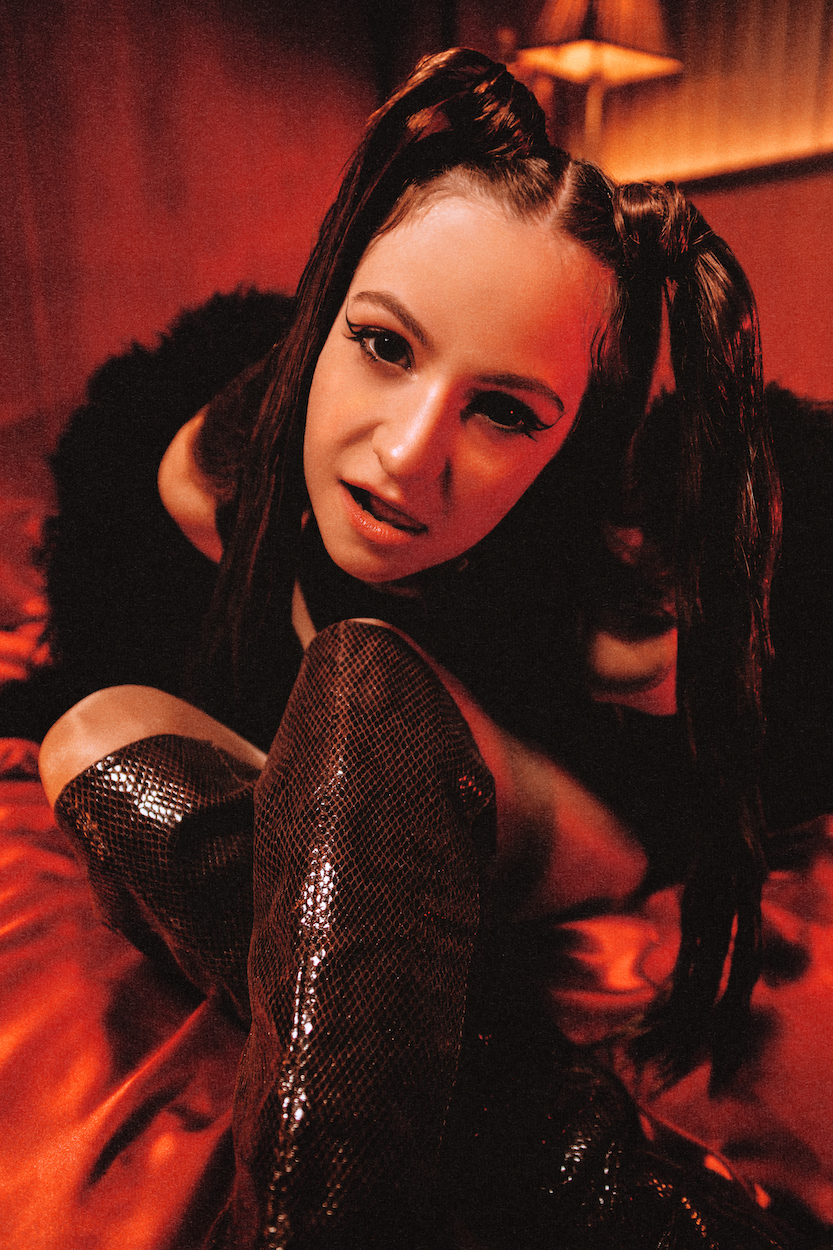 Two small pigtails next to the crown are her trademark and when she drunkenly read the menu at a pizza place, her stage name was created. Biig Piig was born in Ireland and spent part of her life in Spain before moving to London. Living in different countries is reflected in the music she creates today: a cool combination of hip-hop, R&B, dance and stripped-back soul, resulting in transformative, genre-bending modern pop. Her music is especially exciting because of the singer’s eventful life, which she enjoys to the fullest. We talked to her about her way of music, her new song KEROSENE and her future dreams.

Growing up in Ireland, Spain, and London. In what way do you think having several different cultures has influenced your music?
I think moving around a lot had a lot to do why I found music, it was the only thing that felt consistent in every place when my environment was changing a lot as a kid and it was also something that helped me find community especially when I moved to London. When do you personally remember discovering music and songwriting?
I remember moving to London at 14 and it really came from isolation, i didn’t have a school for a while when I first moved and felt very alone. I found YouTube and discovered artists on there with songs that made me feel less like an alien with my feelings. I started writing poems and my uncle got me an acoustic guitar that’s when I got into writing my own songs (with like two chords lol) then I went to my first open mic and performed those and met a community of older people at those nights. We would go to the open mics around London two or three times a week. It became a sacred place to me and I’ve been writing ever since, the world makes more sense to me when I write.

In your songs you sing and rap at the same time. You are really open-minded about your music and connect different genres or languages. How did this fusion came about?
When I started going to cyphers at like 16 I was opened to that world of free styling over beats and felt so good so I started to do it in my music and with Spanish it just flowed out one day when I was writing Perdida. It was one of those things where I felt like it wouldn’t have made sense in English and so that happens in my music still every now and then.

Your new track KEROSENE was just released. Can you tell us something about the background, the process of creation and your personal feelings towards this track?

Yeah I had so much fun making that track, I wrote it with Maverick Sabre and Zach Nahome in London. It was one of those where zach started playing with a sample of something from a different jam (which ended up being the chorus) and it just flowed out of us. The first he’s pouring gasoline line came because I was thinking about gasolina by daddy yankee I think because the beat had that same summer energy to it and it was something we wanted to capture in the track.

The accompanying music video is really cool, as you dive in a digital animated world. What do you find fascinating about cyber or virtual aesthetics?
Yeah that was a collab with Tommy D who directed it, Callum Pearson who animated it and his team. I wanted to build this dreamlike world almost like the upside down in Stranger things, like a world where that project lives and everything that goes on inside that world is part of the story of the mixtape. I love how when you build a world like that the hyper real versions of buildings or characters makes you really dig deep about what makes them unique. 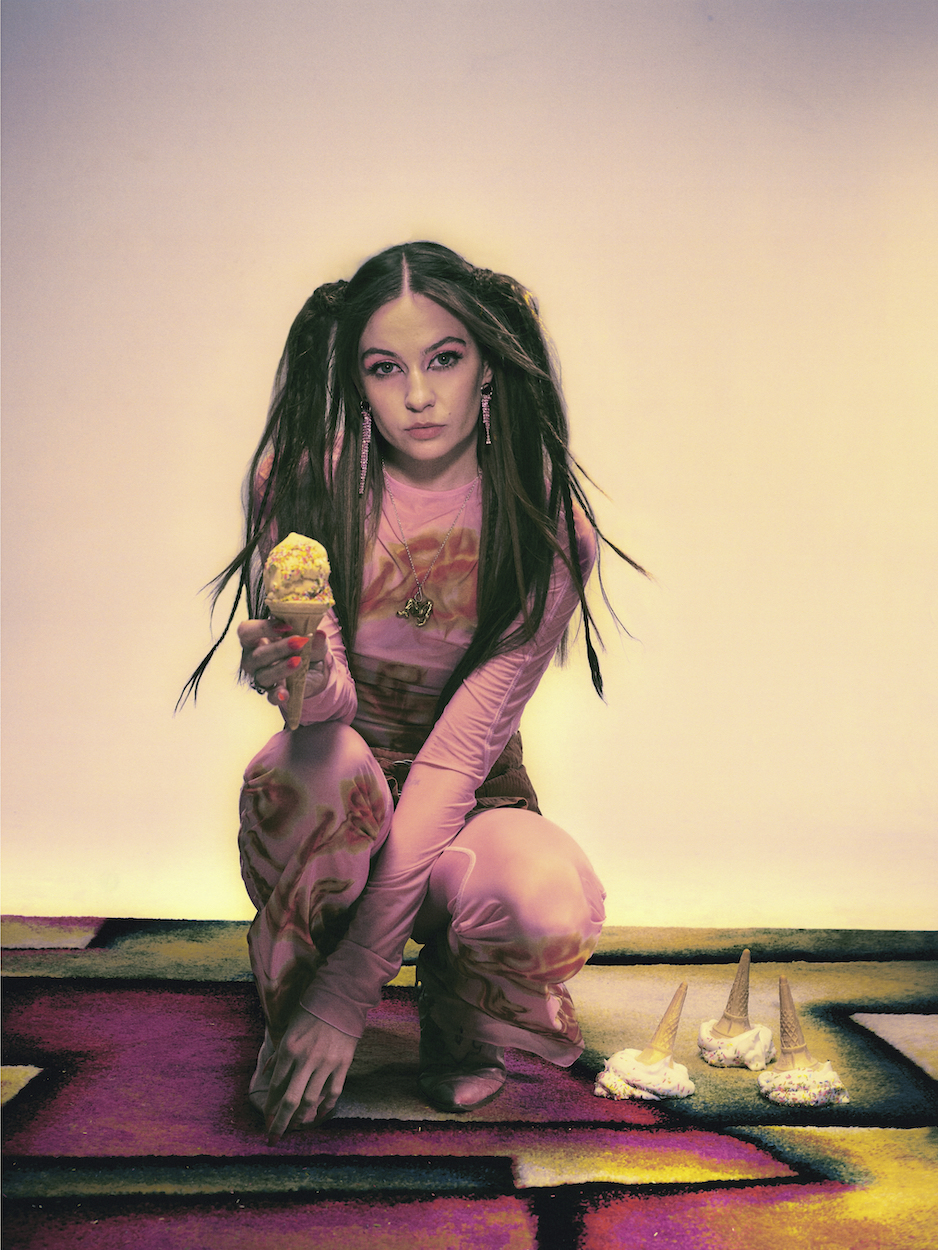 You were part of the team NiNE8. Why did you decide to become part of it in the first place and what does NiNE8 embody for you?
So I met Lava La Rue and Mac Wetha at college when we were 16 we all connected in the smoking area lol and had this same passion for music and jamming so we spent a lot of time doing that outside of classes. Then Lava created Nine8 and we joined in, it’s a family of creatives essentially. It meant a lot to have that at that age and still does so much now, to be able to share art with eachother and connect through different mediums it’s sick.

You have a nice way of storytelling and I think that’s prominent throughout your music, even with your art, for example, the short films that go aside your EPs. Do you think storytelling is an important part of your process when it comes to writing music?
Yeah it’s huge, it’s like one of the things that make the music come to life in my opinion, that and playing live.

For me, your music seems really empowering, also with your honest, sometimes emotional lyrics. Have you grown more confident as an artist though your own music?
Yeah definelty compared to when I started releasing under BIIG PIIG I used to be so shy about it, honestly so much of me actually releasing my music initially was the support I got from nine8. Having friends support and tell me my stuff was good enough really had such a huge impact on releasing my first songs as BIIG PIIG.

I also saw you at Melt festival this year. How did it feel to perform there? Do you plan on going to more festivals next year?
Omg yes that was one of my favourite shows this year, the crowd was amazing and the energy of the festival was so free. It was so sunny and we played right next to the lake, which we ran into after the set to swim. I had an amazing time. Yeah we’re hoping to play more next year hopefully and I’ve got done headline shows planned in March 2023 too.

What do you like to discover with you music in the future?
I’m excited to see where it goes, I don’t really have expectations I just want to keep creating forever! 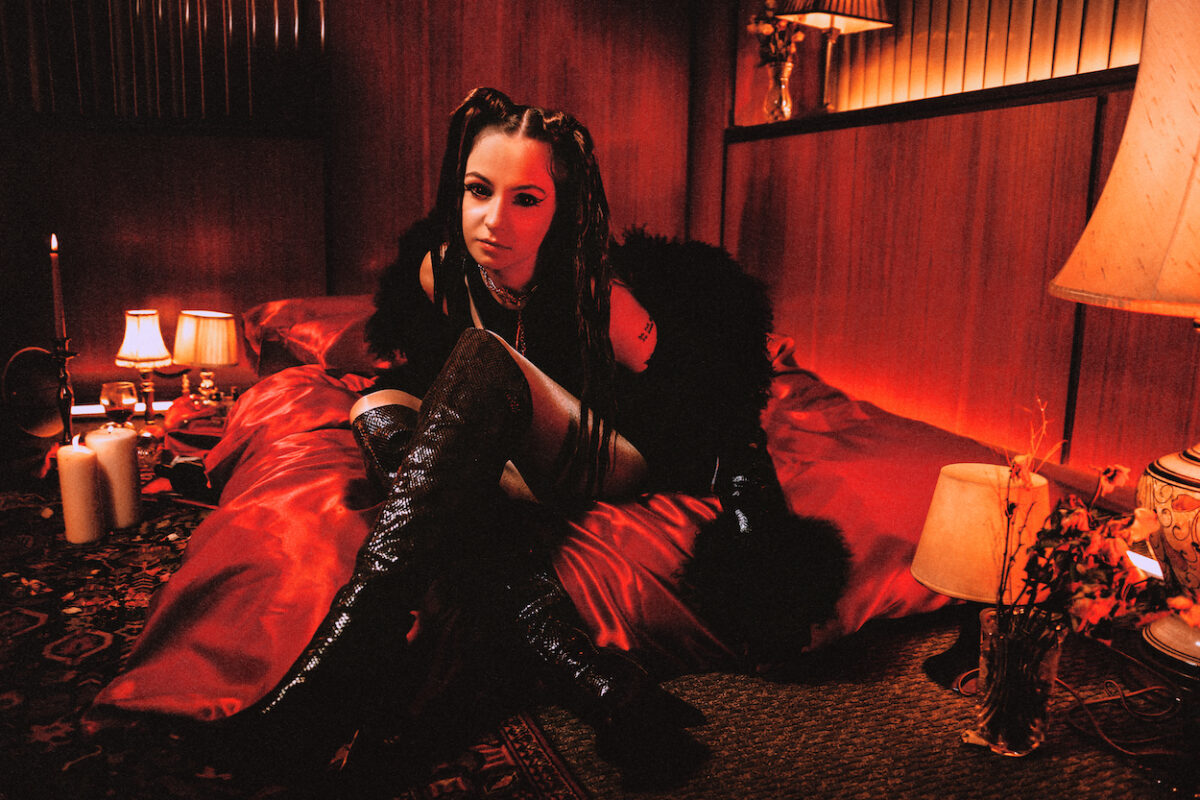