In conversation with Annabell Neuhof: „Pleasure is power“

Female lust has been a taboo subject for too long.

Our lives sometimes just race past us and we hardly have time for ourselves, in particular our own sexuality. However, sexuality is much more important than we may think and has a greater impact on our lives than we probably realize. That’s why author Annabell Neuhof and sex therapist Julia Henchen didn’t want to publish a classic guide explaining women what they need to do in order to immerse themselves in a perfect sex life, preferably quickly and without effort. Both wanted to get to the bottom of the question of why good sex is political and why lust makes us happy. Answers to questions must be found individually for oneself, depending on personal  preferences, because no one should tell you what to like and what not to. With „Ohjaaa! Journal für deine Lust“ they created an interactive diary, which leads through questions that you may have never have asked yourself and makes clear that sex is more than just intercourse.

Fräulein had a talk with Annabell Neuhof about why sex and lust are still such extreme taboo topics and why we should pay more attention to our own sexuality. 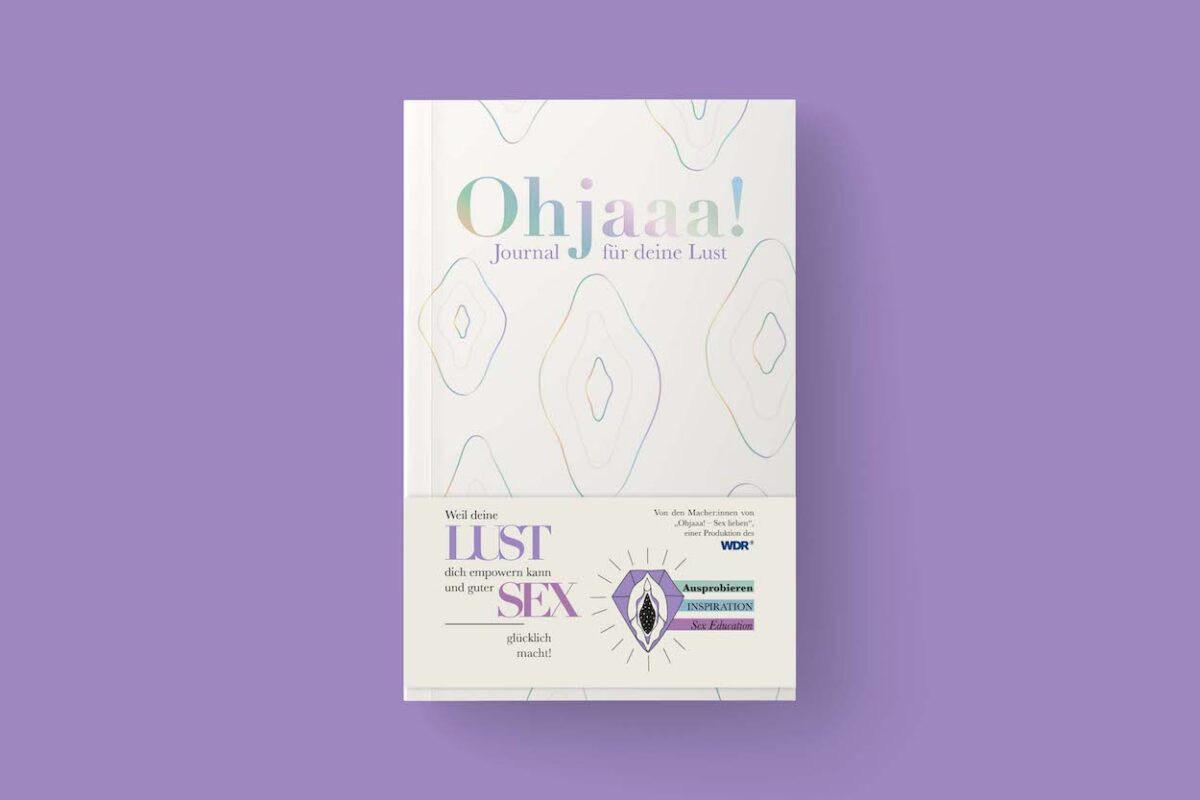 At what point did you realize that sex plays such an important role for you and is something you want and have to deal with intensively?
Well, actually, that was out of my situation. I became a mother of twins, and especially in the early days, you and your own needs often fall by the wayside. I then realized for myself that if I don’t actively deal with it now, because it is important to me, it will be completely lost. I simply noticed that I was missing something, even though I had everything. I was still unsatisfied. I then realized that a fulfilled sexuality might be what was missing. So I started reading, listening to podcasts and came across things where I asked myself: „Why do I only know this now?“

Where do you think this contradiction comes from: We live in a overly sexualized society where „sex sells“, especially in advertising and the film industry, but sex remains such a taboo subject?
Most people respond to sexual stimuli. It’s something that is evolutionarily biologically anchored in us, something we find interesting. But there’s a huge difference between looking sexy and feeling really pleasurable.

But where do you think is the origin, that this is so deeply ingrained in women?
That is also a question I have often asked myself. The pressure to always perform and to always look attractive is so deep inside us. We see all these perfect women, having a perfect life, having perfect sex and looking perfect. All these beauty standards – and it’s not just women’s magazines, it’s movies and series. I try to detach myself from that and focus on how I feel about something. It’s important to reflect on everything as well. Do I want to adapt to these norms or do I question them and maybe open doors for myself? To experience something that I otherwise deny myself?

We generally worry a lot about our own body, although at the end of the day it is only our shell, which we can gladly care for and cherish, but which should not put any additional pressure on us.
Yes, exactly. We now also live in a society where we could be independent and free ourselves from everything. But we still support what is deep inside us. I’ve also noticed that this works subconsciously. Just like the question: How much pleasure do I actually allow myself? These are conflicts that arise in our minds and also slow us down. We often deny ourselves something. 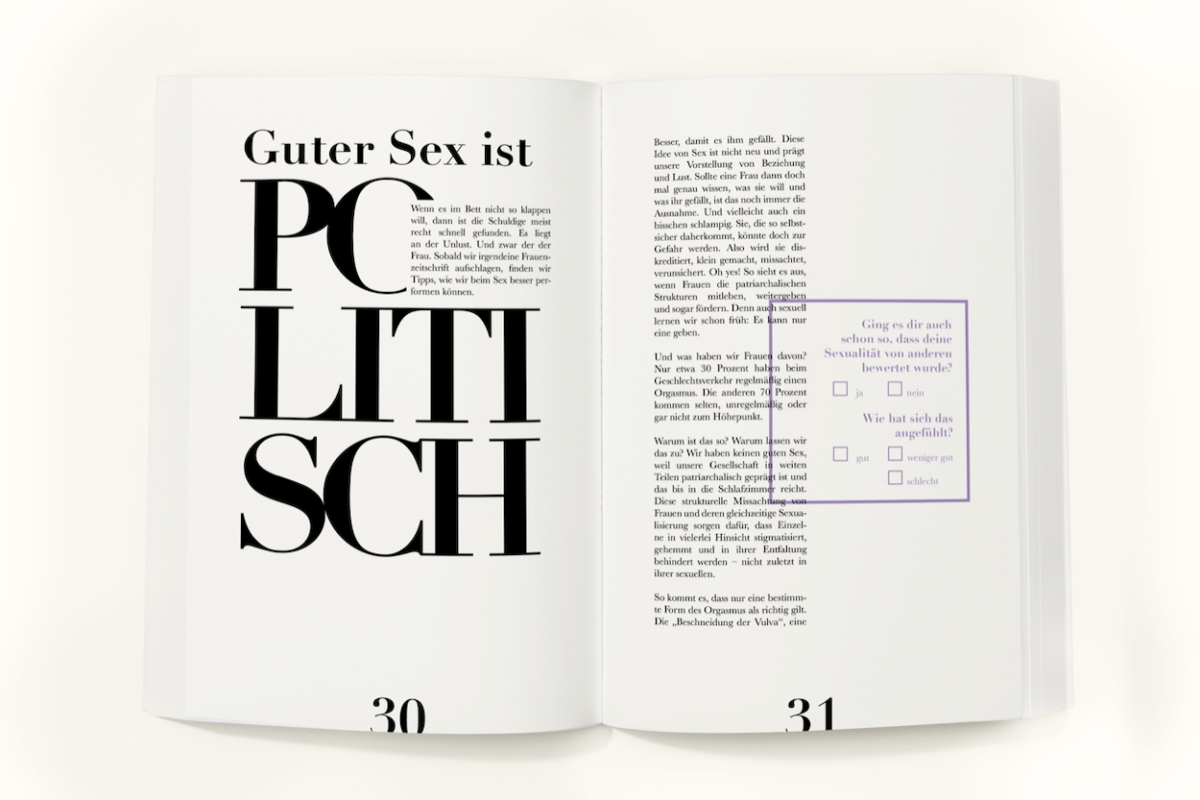 But why do you think it is only female pleasure portrayed and seen this way?
I think it has to do with patriarchal society. It’s basically about the theory that lived lust can make women very strong. They can have a lot of energy, be very creative and won’t let anyone tell them anything, having self-determined sex.

Especially the topic of self-satisfaction is a super blatant taboo. Especially among younger women. What do you think triggers that?
That actually also has to do with upbringing and starts at an early age, and then it’s hard to break it up again later. It’s not so easy when you’ve always been taught that you don’t do that. But it’s actually so important to first find out for yourself, what do I like? What do I not like? And then to experience something together with a person.

I also think that many sexual transgressions are often not clearly communicated out of overwhelm and because one has perhaps not yet found out for oneself where these boundaries are and what is okay up to where.
I think that is something that happens quite often without women really noticing it. You also have to learn to feel inside yourself when you are ready for something. You have to learn to listen to yourself and your own body. 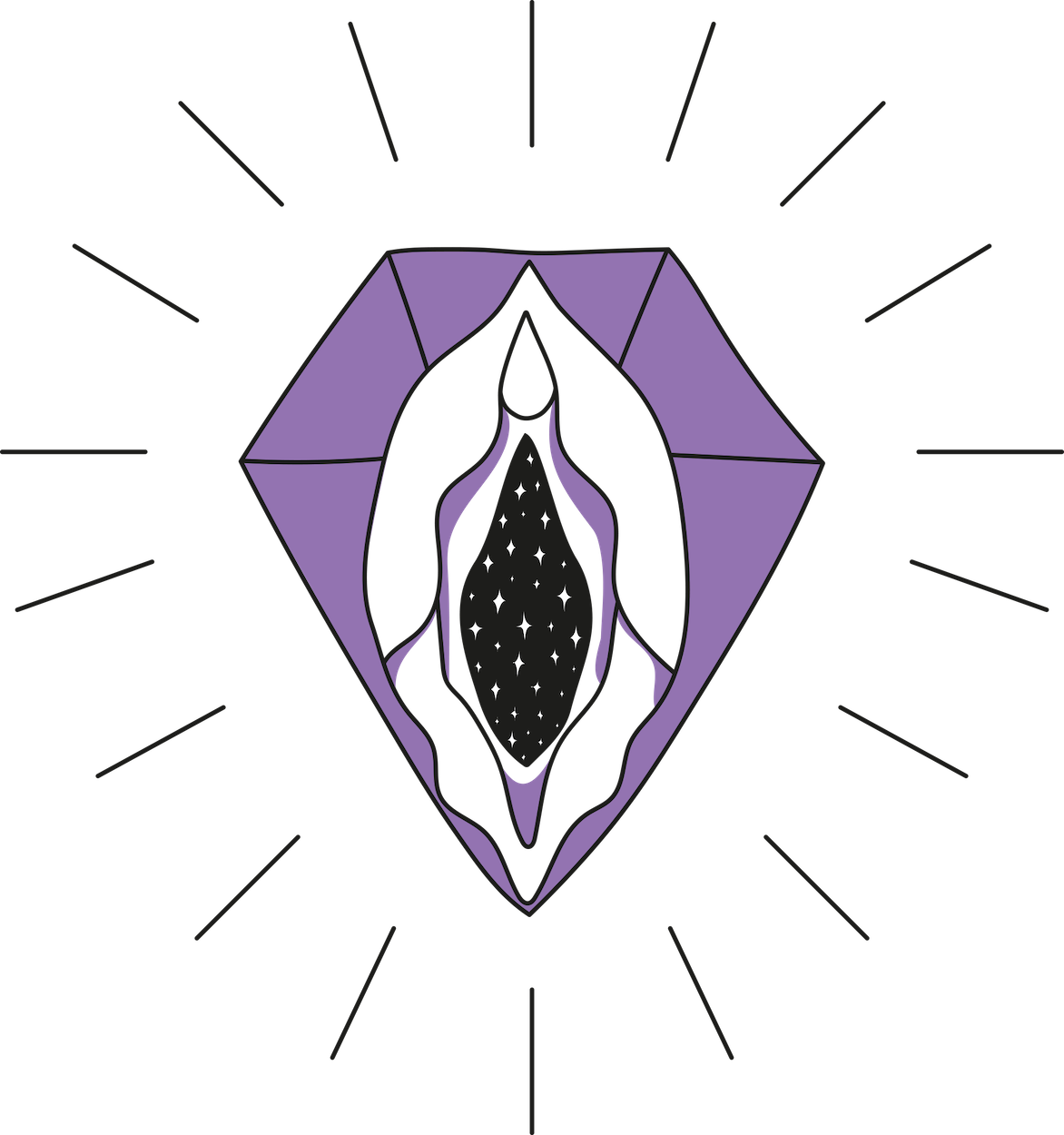 Apart from porn, in recent years there have also been some films and series that have strongly sexualized scenes, also with fetish references. I think these films and series had an extremely negative influence, romanticizing toxic relationships. But afterwards, I had the feeling that this „lustful being“ was normalized, as well as this adventurous feeling of trying something new. To like something that may not be normal is an anchored fear, to not be normal, which just as often limits you. What do you think triggers this?
I think it has something to do with the issue of shame. Sexuality in general is something very shameful, especially if it’s apart from procreation. I try not to think in pigeonholes or categories here. You have a body and different ways to experience it.

If you look at sex rationally, it’s actually something absolutely unspectacular. A pure evolution need, very contradictory that such a big taboo is created around it.
Sex is always referred to as the „most beautiful secondary thing in the world“, but it is a main matter. Sex can really be good for us if we really take the question of what we want seriously and try to find out how we can live a sexually fulfilled life.

But often a kind of „conversation starter“ is missing, especially with your own partner. You don’t know how to explain what you want. Why is it so hard to talk about sex and communicate what we want?
Because we’re not used to it. In most families we don’t talk about sex, in school we educate in terms of procreation. Mostly it’s about contraception or STDs, but there is a lack of erotic conversation culture where people learn to talk respectfully about sex. Very often, people only start talking about sex when there are problems and they can’t avoid it anymore. Sometimes it helps to simply mention these things in a context that is not sexual. If you feel very uncomfortable talking about sex out of the blue like this, you could also ask the person if the topic is okay for them. Then both people can prepare for it. The more you talk about sex, the more it becomes a normality. Everyone also finds someone in their environment who likes to talk about sex. And we are also allowed to say that we are ashamed. The more we are in practice talking about it, the more fun it ends up being. That is my experience!