Valeriia Karaman from Kyiv isn’t only working as an actress and model but also as a multidisciplinary artist based in Berlin.

IN ONE OF THE LATEST EDITORIALS INITIATED BY TELEKOM ELECTRONIC BEATS X UNSEEN BEAUTY SHE SEEMS TO EXPAND INTO URBAN NATURE: UNREAL FLORA COMES ALIVE, TIME BLURS AND COLOURS SHIFT WHICH LEADS THE VIEWERS TO ASKING THEMSELVES IF WE HAVE DISCOVERED A SECRET PLACE, A NEW REALITY. 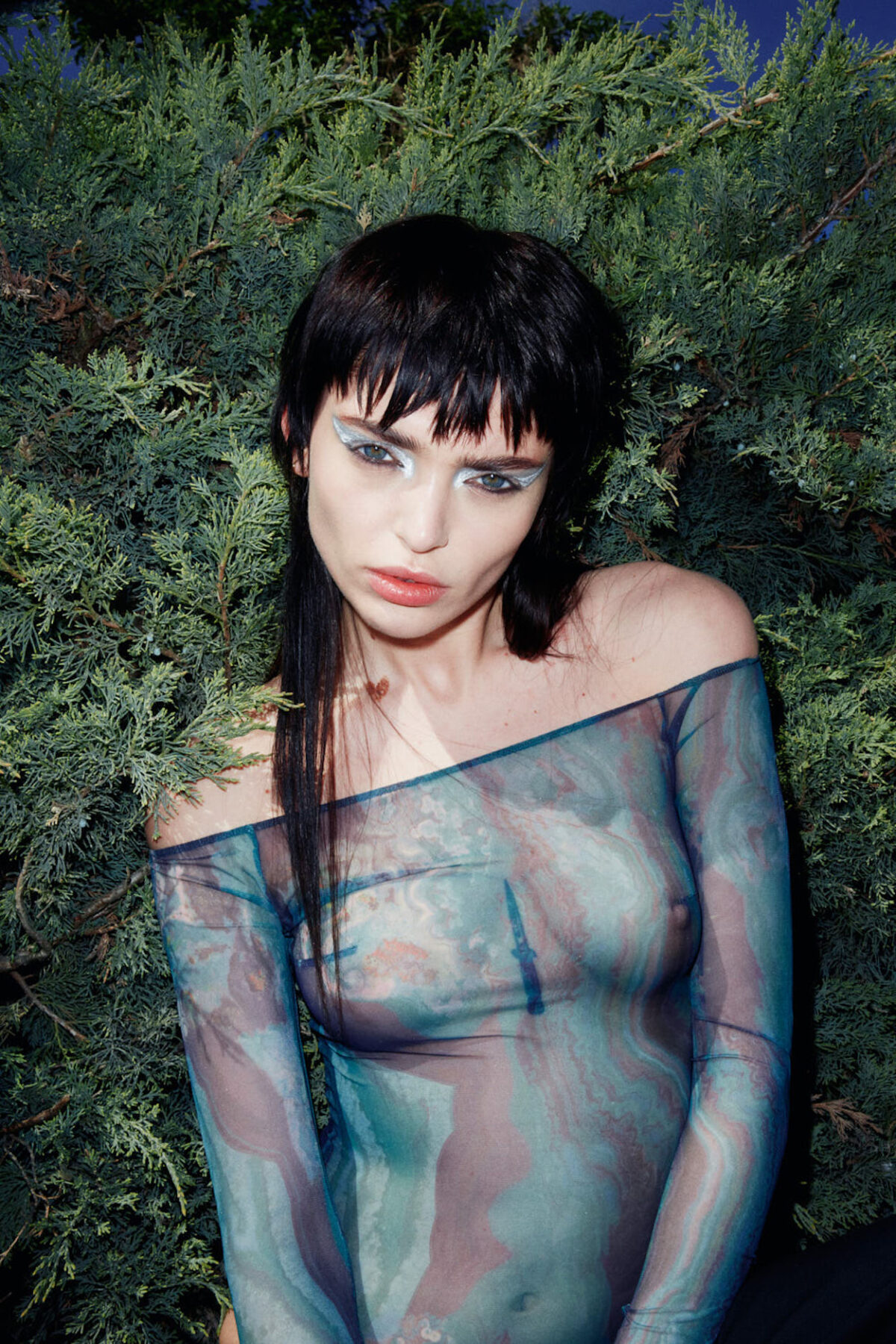 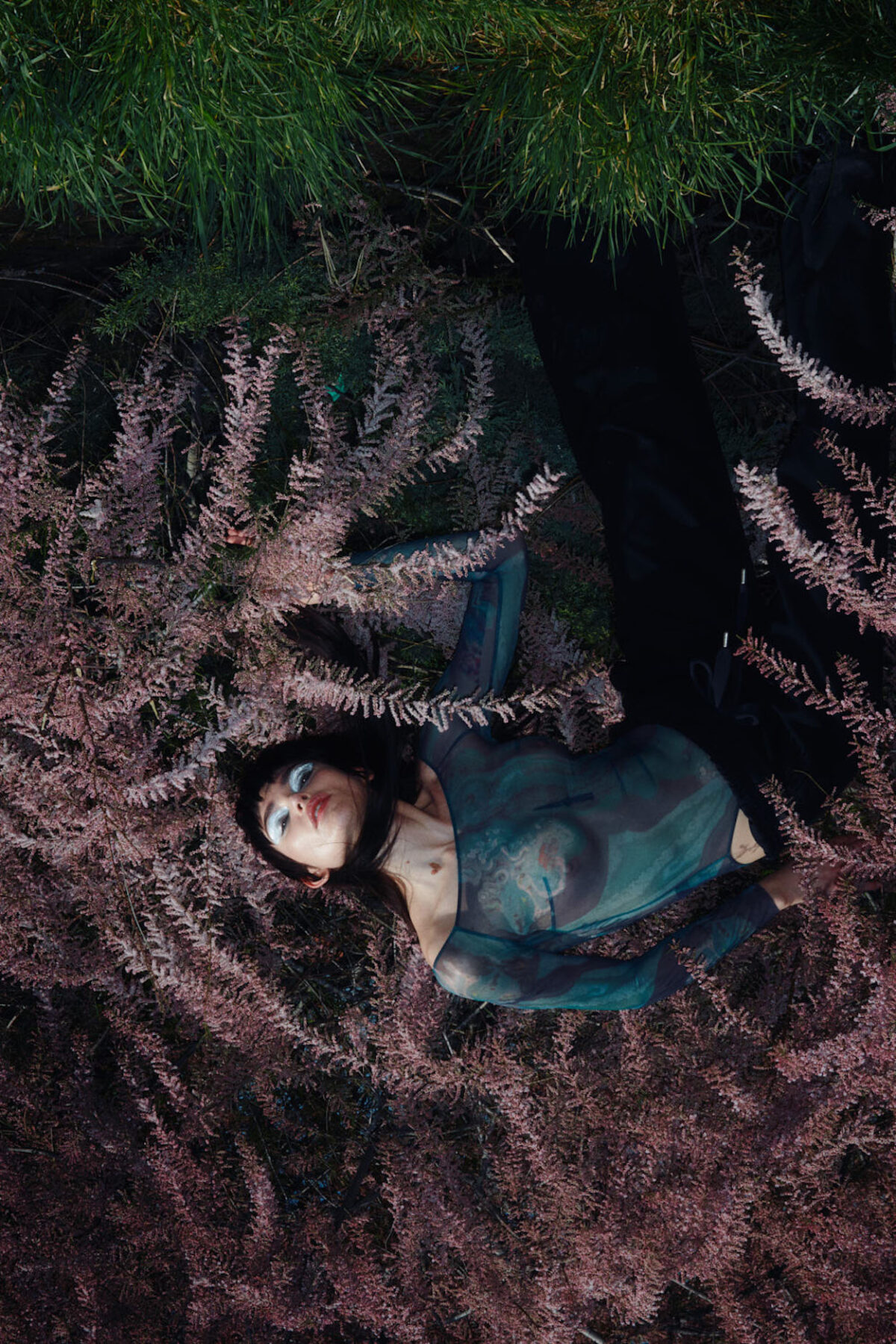 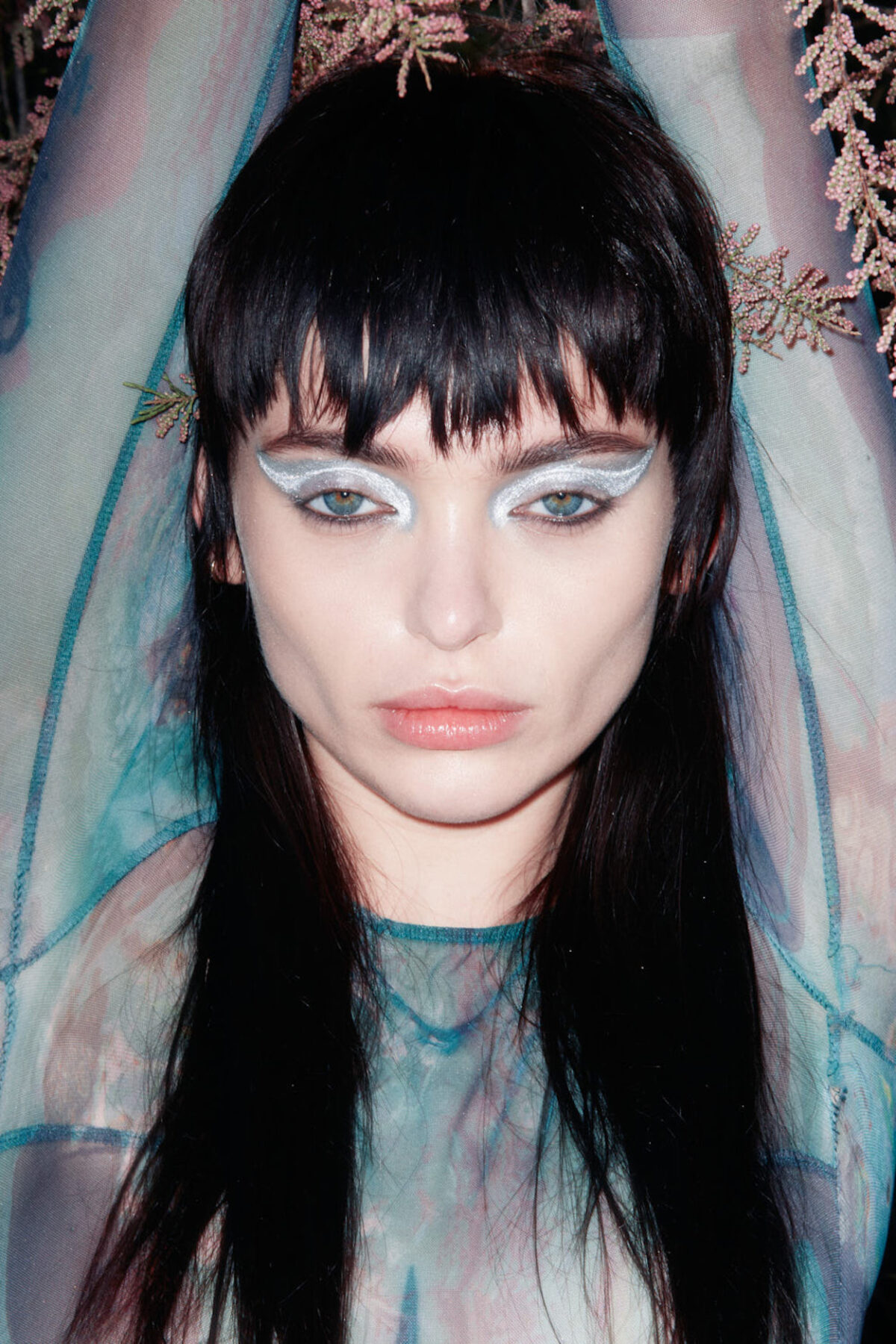 Fräulein had a talk with Valeriia Karaman about the meaning of creativity, esoteric and what new reality signifies for her.

Valeriia, you’re not only working as an actress and model but also as a multidisciplinary artist – which one of these jobs are you most focused on right now?
I’m a naturally born actor and performer, so I guess performative art and acting are the things I’m mostly focused on.

In which position of the jobs you are doing in the creative field do you feel most fulfilled as a creative head?
I think cinematography and theatre are my main passions. I’ve never felt as great as I did on the stage, behind the stage or on the side of the stage.

What does creativity mean to you?
Creativity is given us from a common Egregore, some people might call it God, some people call it quantum physics or universal powers. But I can feel that creativity is a natural order that every human has from birth, as I believe that we’ve been created by supreme forces simply to create.

How would you describe your own artistic style?
I think I don’t have any specific style in anything I do. It’s more of a flow and a moment, but I definitely broadcast a lot of social, sometimes dark topics in my rough, also a bit aggressive, way.

You often wear magical stones around your neck. Would you describe yourself as an esoteric person?
I mean … my mom is an astrologist, so I guess I’ve been unconsciously spiritual since I was a little baby, that is just the world I grew up in. I have a lot of stones for healing, meditations, rituals – I’m also quite superstitious, I believe in signs and I listen carefully to them. 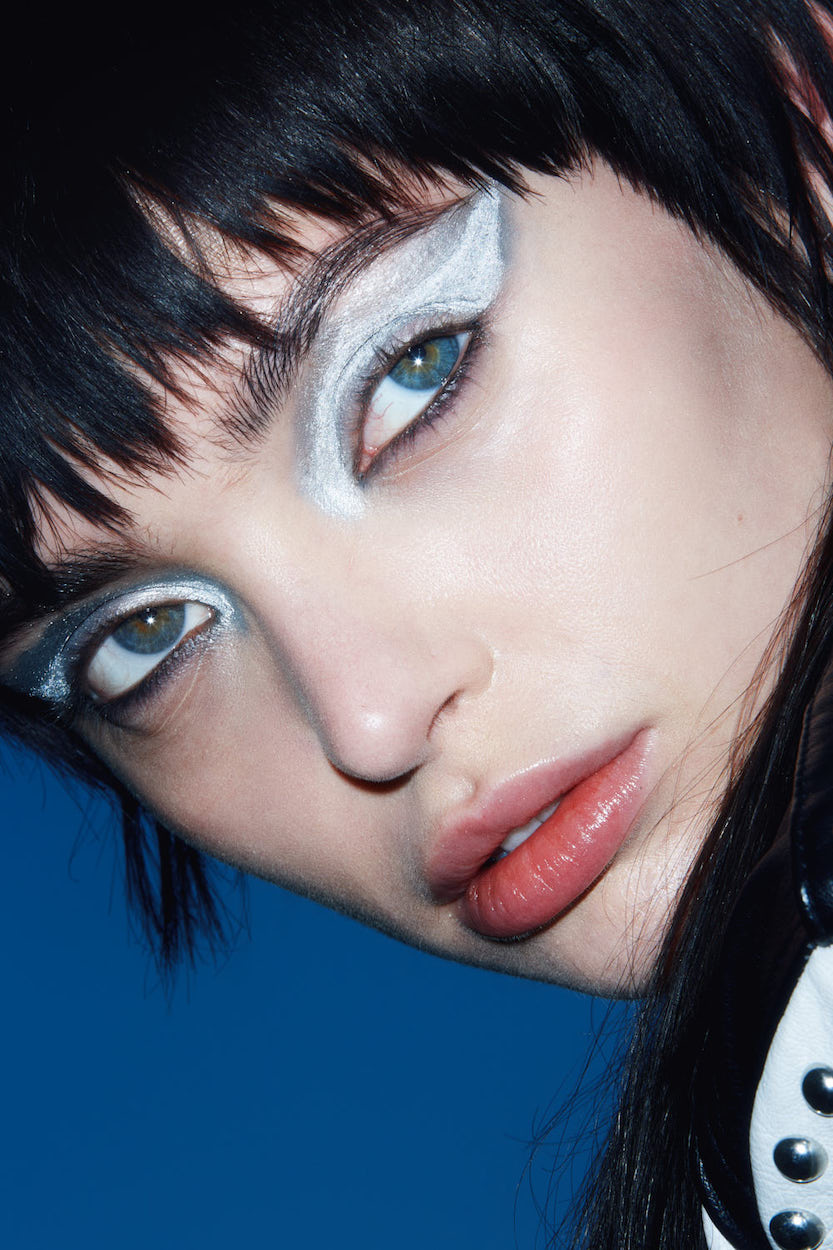 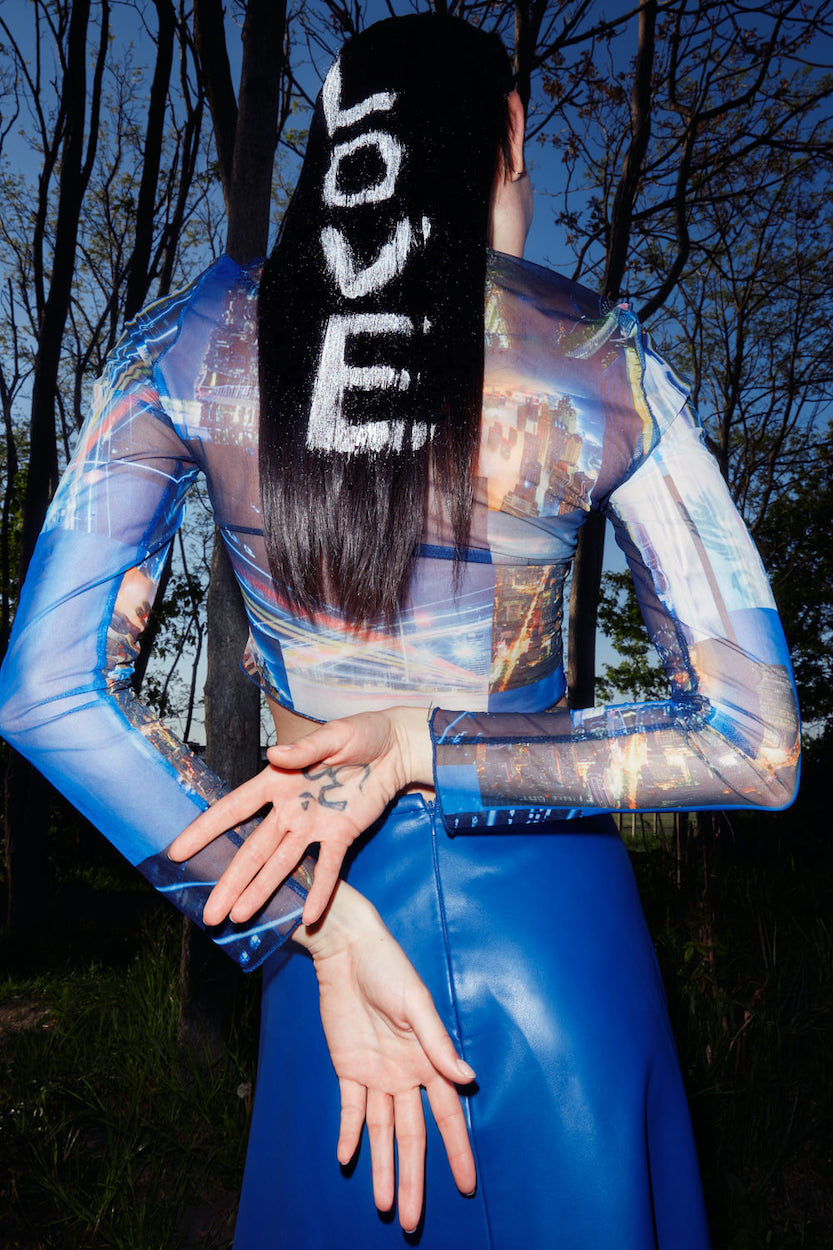 In one of your latest editorials photographed by Matthias Oertel initiated by Telekom Electronic Beats x Unseen you’ve been put into a certain kind of new reality with the abstract makeup you got for the shoot. What does new reality signify for you personally?
Well, I guess that in a new reality many things that were so important to us are not gonna make any sense anymore. Guess we gonna loose a big part of our reality as we know it now and life will become even more digital and artificial.

Which advice would you give young creative females who want to take a root in this industry you are currently working in?
Set your own boundaries, don’t be shy to ask about money for your work, and of course, don’t try to copy anyone just because they’re cool, be you no matter what is trendy at the moment, enjoying YOUR presence is the only truly important thing.