„Many have no idea that all of this is happening. Many also simply don’t want to admit it. But it’s just happening today. Right here. Right now and that’s frightening.“

Berlin. In the here and now. A family hit by terror and a young woman right in the middle. “Je suis Karl” is about a group of young people who, driven by anger, fear and frustration, come together to form a radical association in order to finally force a change. Maxi (played by Luna Wedler) gets in her own vortex of anger, sadness and her search for answers to Karl (played by Jannis Niewöhner), the leader of this so-called „ReGeneration“, who seems to have already found them.

Fräulein had the chance to have a talk with leading actress Luna Wedler about the movie, the right resistance and how close the plot of „Je suis Karl“ is touching our reality. „Je suis Karl“ is out in cinemas now, 16th of September. 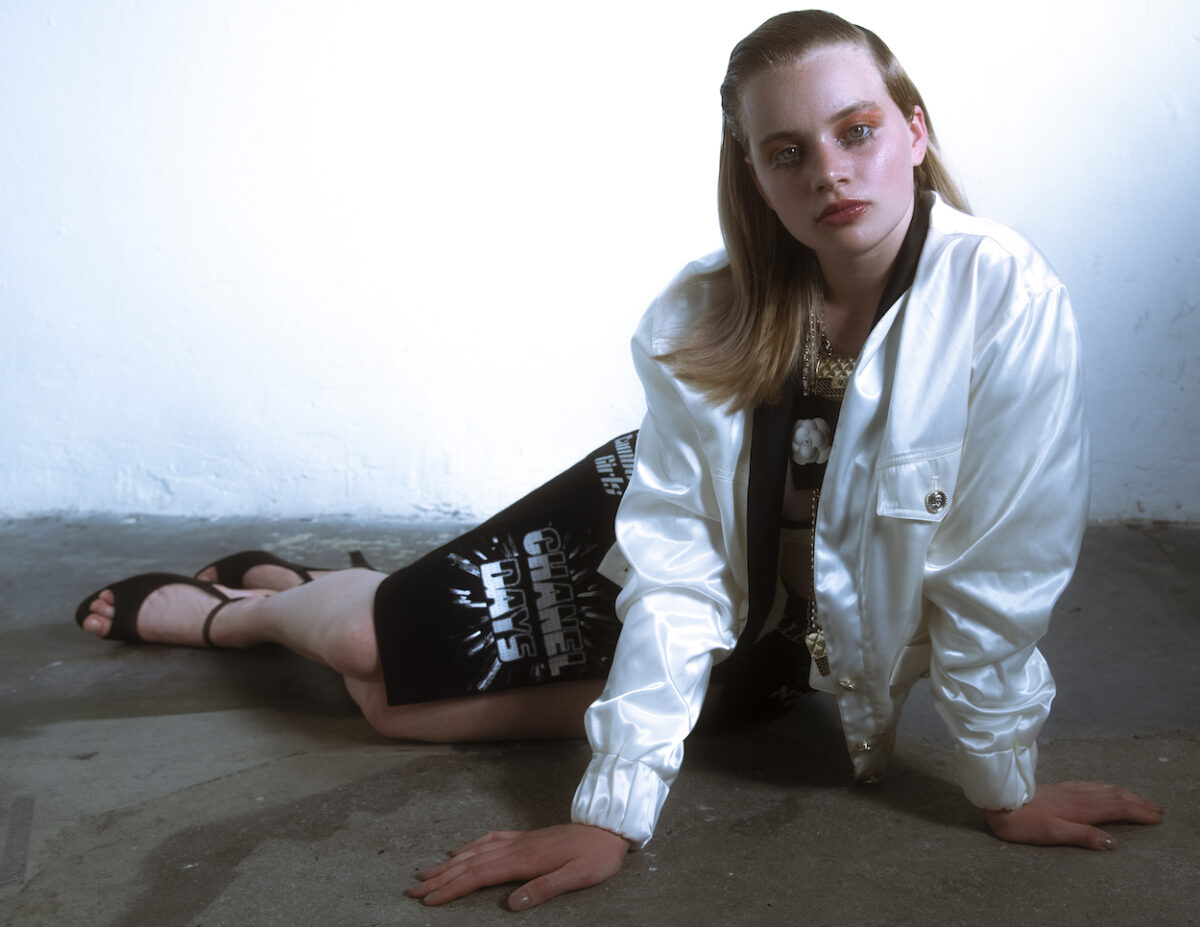 How was filming the movie for you? Did you have any special thoughts when the request for the film came?
The whole shooting was wonderful. Director Christian Schwochow always works with the same team. It’s like a big family and everyone is blatantly involved in the story. Of course, the film itself is also very intense and tragic with violent roles. I like the challenge of it and it’s also a very important, a very current plot. To be a part of such a political film at all, with such great actors like Milan Peschel or Jannis Niewöhner, is a huge gift. Back then, when I got the request, I first turned it down. I then thought a lot about it, including why I denied. I was still a bit younger at the time and afraid not to live up to the subject and the role. But the deeper I got into this topic, through research and by dealing with the various movements, I realized even more clearly how current the topic is. It was really frightening to see it that way. Some came up to me after seeing the movie and said that it was „exaggerated“ in some points. I don’t feel that way. Look at our world, like the storming of the Capitol, it’s frighteningly real.

I think people’s sense of not wanting to believe something plays a big role here. For example, in the movie „The Wave“ it was also shown pretty clearly how quickly people can radicalize in one direction, of course that’s just a movie too, but the plot behind it is not fiction. I can imagine that filming this story has can make you very thoughtful. Did you often come home at night and needed to process it?
Yes, of course, I started asking myself questions: What’s happening to us? What do we start to feel? And above all: Where does seduction begin? How seducible are we? How manipulable are we? And I think anyone who says, „it wouldn’t happen to me, it’s too blatant,“ you can’t say that. We also see that in history books, that’s all seduction. Now currently, also related to the pandemic. There are now these movements that seemingly give you perspectives and support or provide simple answers to complex questions. Then you also hold on to them and then everything happens very quickly. It’s the same with us in the film. These are quite educated, smart people from top universities, good-looking people. They can talk well, they can convey a completely different image of what they actually do. 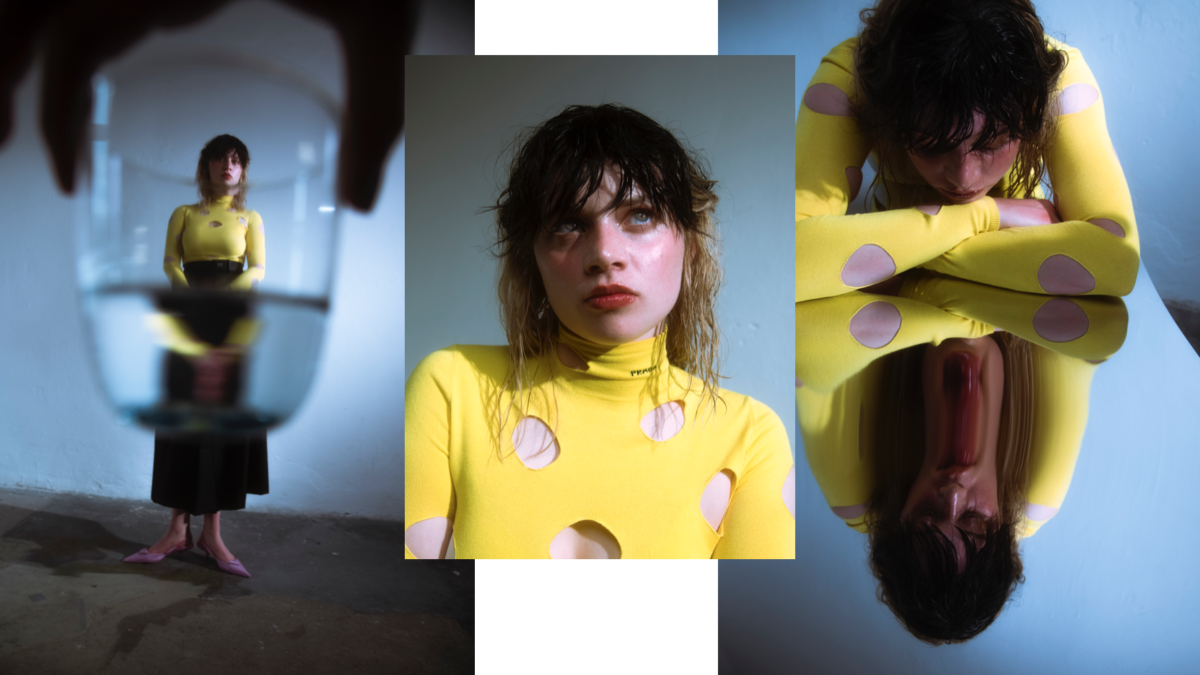 This infectious character is particularly evident in „Karl“ himself. Good-looking, charismatic, who seems very trustworthy.
Yes, we had rehearsed a scene with Karl in which I too became super aware of how easy it is. We were standing in the kitchen at the time, it was the scene where he gave his little monologue. I had to break off and at that time I looked at Christian and said: He already has me now, I believe everything he says.

An when you have an emotional connection, like in the film, then it’s even easier to trust.
Of course, it’s also a kind of love story. If you fade out everything around it, you could probably wish that it would work out. It is also somehow so tragic and sad. Karl, like all of us, is just looking for love and closeness. I think Maxi triggers something in him, that he perhaps doesn’t even know yet. He gives Maxi support and understanding, a perspective to find answers to her own anger. 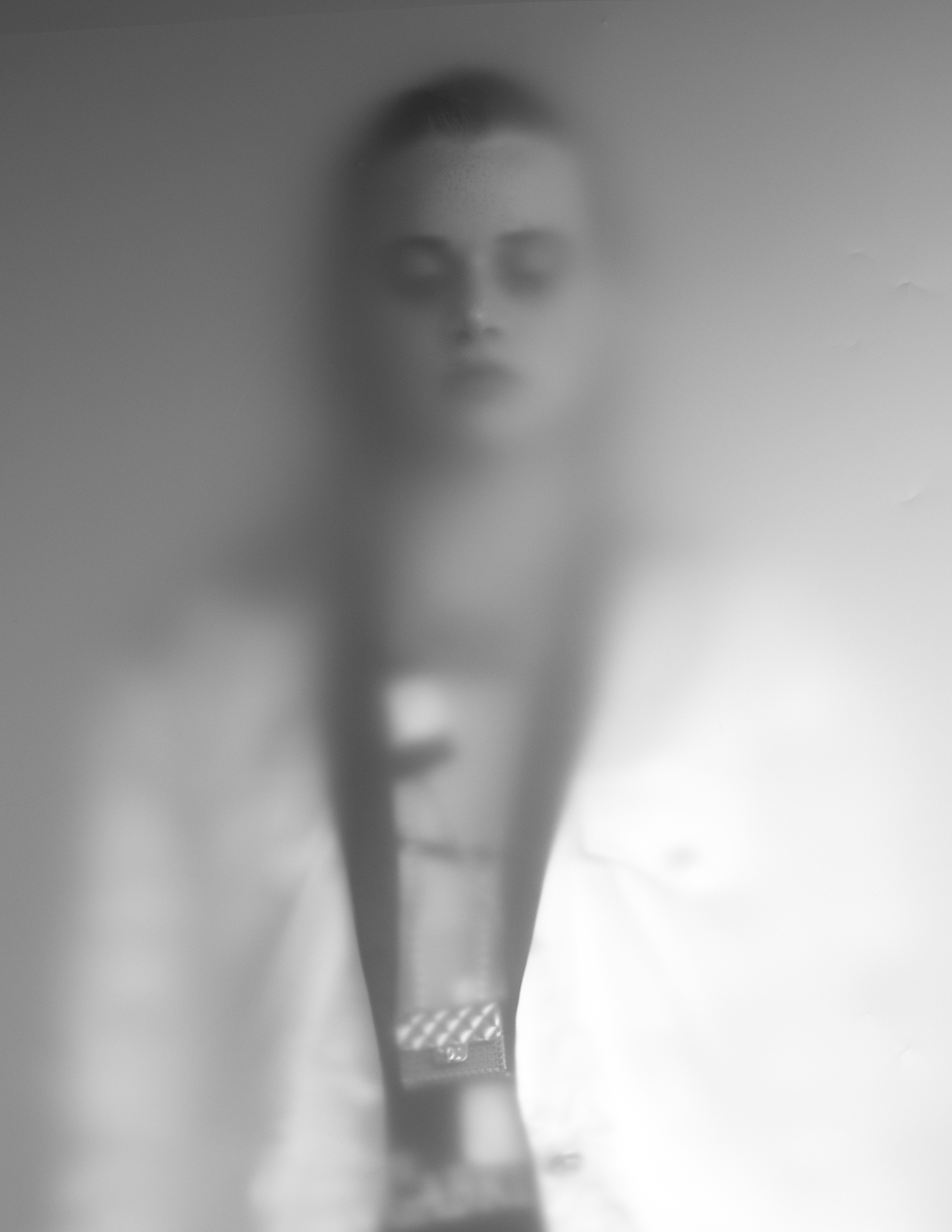 Was that the most emotional or difficult scene for you?
Above all, our rehearsal week was generally very intense. Jannis and I didn’t have a casting together. We started off more or less right away. Christian also challenged us a lot. He wants to capture everything very close to reality, very close to life. He sees your fears and weaknesses and goes deeper there. For me, the whole shoot was very emotional and there are a lot of intense scenes. But the most blatant scene, where I was also most surprised by myself, was the scene in the hospital when Maxi learns that her mother and siblings were murdered in the attack. We shot that scene on my birthday at the time and that was the only scene for the day. I remember standing outside the door, not knowing myself what was going to happen. I just kind of trusted that Maxi was in me and walked into the room. That scream, the awkwardness and helpless desperation was all unplanned and not scripted, it was real. I woke up afterwards like from a kind of trance, because I was so deep in the moment and in the feeling of Maxi. The French speech that I had to give was also a stark moment for me. I was completely thrown into the deep end here and had to give this speech in front of 300 people in Prague on the first day of shooting. That was also extremely emotional.

I can imagine that embodying Maxi was an extremely emotional experience. Especially the topic of terrorist attacks has been quite present here in Berlin, too, and suddenly a real fear ran through the population. Did you ever think beforehand that it might happen here before our eyes that a group of young people becomes radicalized?
Yes. Many have no idea that all this is happening. Many also simply don’t want to admit it. But it’s just happening today. Right here. Right now and that’s frightening. 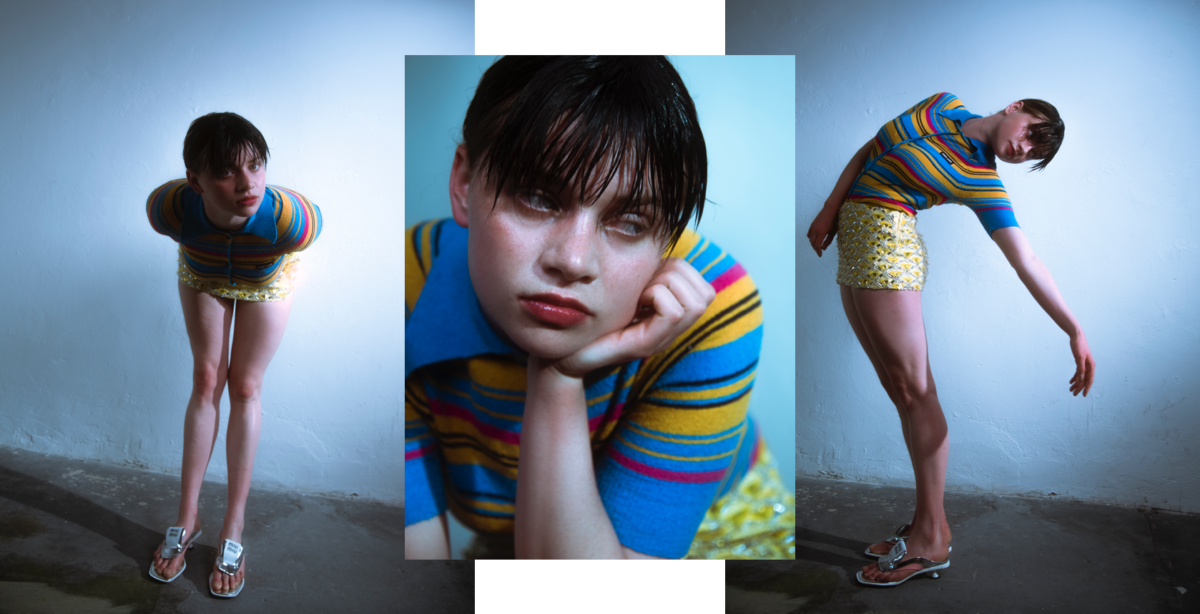 Did you ask yourself how you would have reacted in that situation? What kind of person would that have made you?
Yes, I have asked myself that. But that’s something you can’t answer for yourself. Of course, you never want to get into a situation like that, and you never want to know what it would do to you. In relation to Maxi, however, that justifies everything for me. She has experienced an extreme blow of fate. You can’t imagine what kind of rage that releases in a person.

What do you think is the right form of resistance?
I think resistance should never be hard or happen on an aggressive level. Just not this extreme clashing. Sure, everyone has a different opinion, but you should discuss it calmly with each other. Good question.

This is something I thought about a lot. Also in general, where all this anger and all this grief would have driven me. It’s somehow just a small step into radicalization. At what point is it actually radical?
That’s kind of the goal of the film – to ask yourself these questions and talk about them. 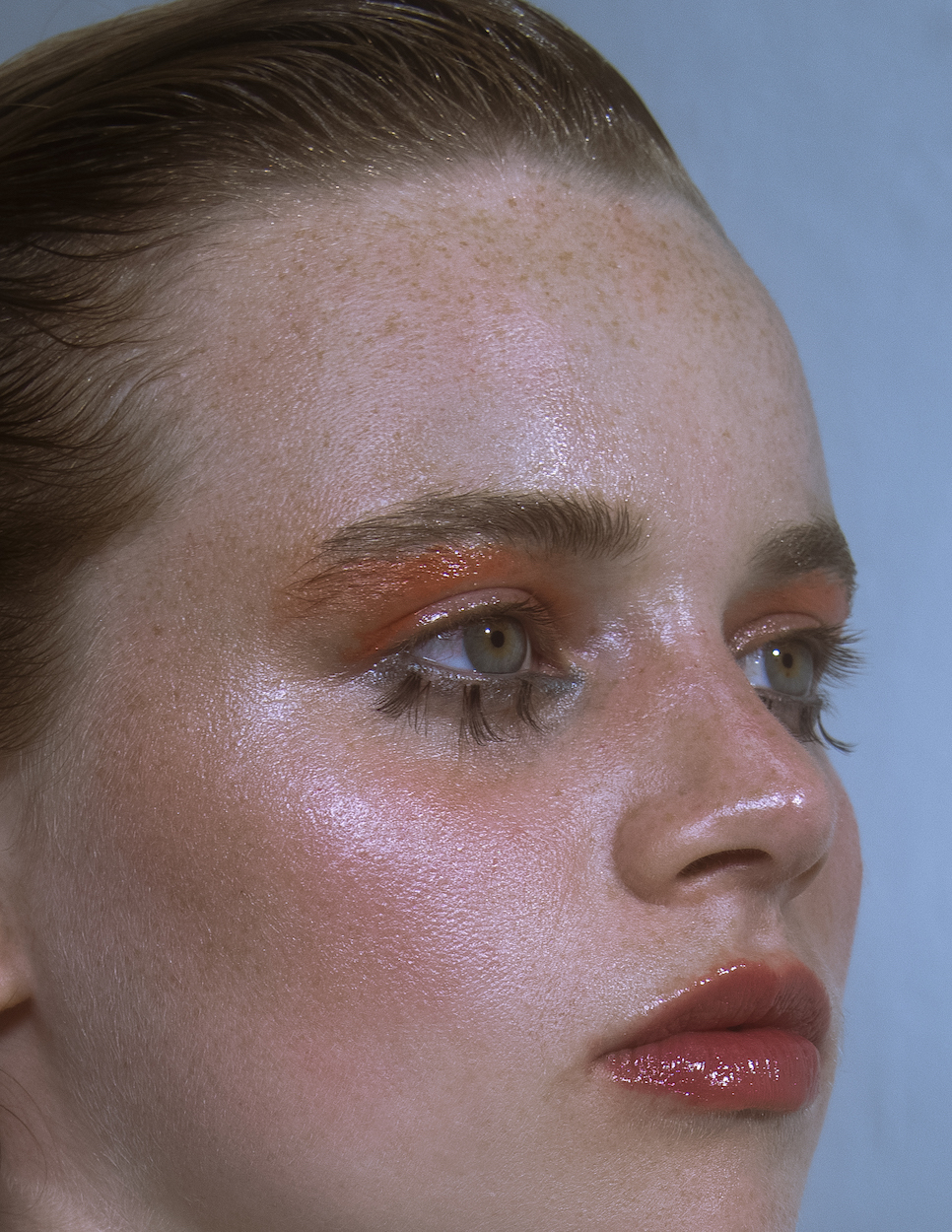 Can there be too little opposition? Things are generally very easy to say, but not easy to implement. In the film, you might think, everything started a little less radical with „regeneration“, and through the frustration that nothing changes, nothing moves, it swings in an increasingly extreme direction.
I actually think that everything has already started quite radically and then only pushed itself more and more. I also think Karl was almost obsessed with this ideology.

To be able to distribute the ideology to the outside like that, I think you also have to be obsessed with this ideology behind it. Karl also knew very well how to use Maxi for his own purposes. Did you ask yourself how real the emotional connection between the two of them really was? Were there really feelings for each other involved, especially considering the final scene?
With Karl, you always don’t really know what he’s thinking or what’s going on inside of him. But I think it’s still a love story somehow. For me, there are two Maxis: one Maxi before the attack, one Maxi after the attack. Before, she’s just a normal young woman in Berlin. Afterwards, she herself doesn’t really know who she is anymore, and through Karl’s understanding, his love and his support, somehow the old Maxi comes out again and again. She can laugh again and is more detached. But I also think that there were frighteningly real feelings on Karl’s part. And there is also this one last look that she gives him in the restaurant, a look that also somehow says: I could break everything off here and now and lead a normal life with you. That was also a very special moment. 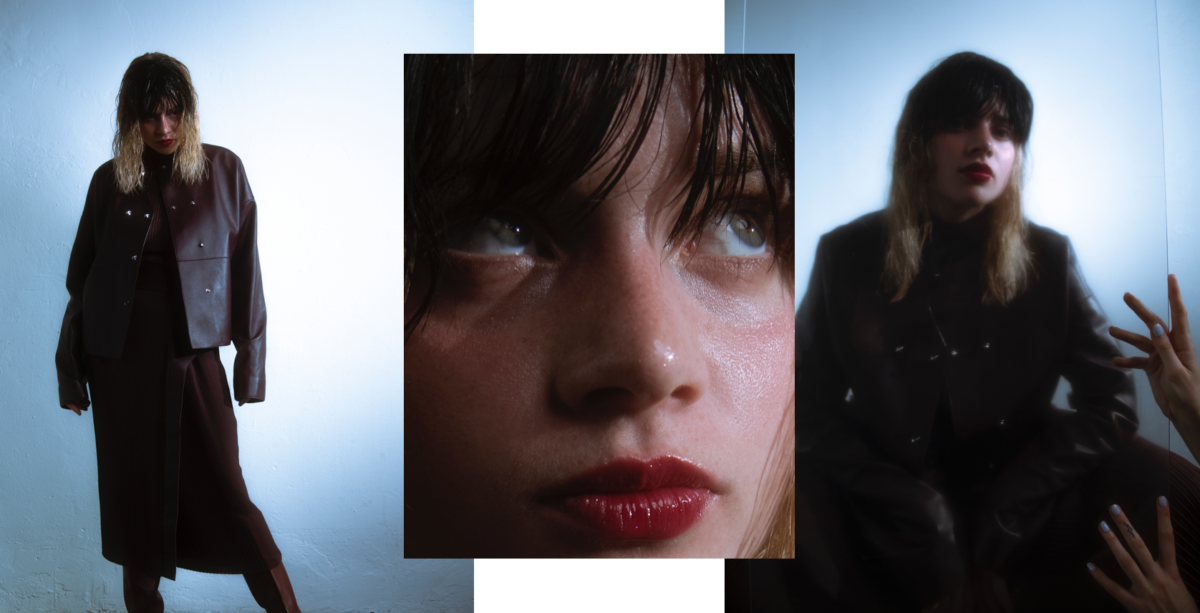 To what extent do you see yourself in Maxi?
That’s a difficult question to answer, because Maxi is a person who is difficult to grasp after the attack. She has an incredible amount of strength. She doesn’t accept everything and wants answers and follows her path, even if it ends up going in the wrong direction. I would also say, that I am also someone who doesn’t take everything like that. I’m also someone who wants answers, wants to form my own opinion. If you think everything else away, she wants fairness. I also don’t see her as a victim, but as a fighter. Most of the action takes place in the aftermath of the attack, so we have little insight into what Maxi was like before that.

Maxi then left her father alone in his grief. If you can’t support yourself at that moment, you’re no help to anyone else, so it’s a very adult decision to say „I’m going away now and come back when I’m strong enough to be able to support everything“. The film really had a very chilling effect and should also make us all aware to keep our eyes open and maybe intervene. What do you think is our part that we can contribute, when this kind of situation is happening in front of our eyes, in our circle of acquaintances or even within the family?
I think you have to assess the situation and confront the person, but not in an aggressive way, but really ask „Why do you think that way?“ If you notice that someone is drifting away, you simply have to try to bring the person back. Be there for each other. 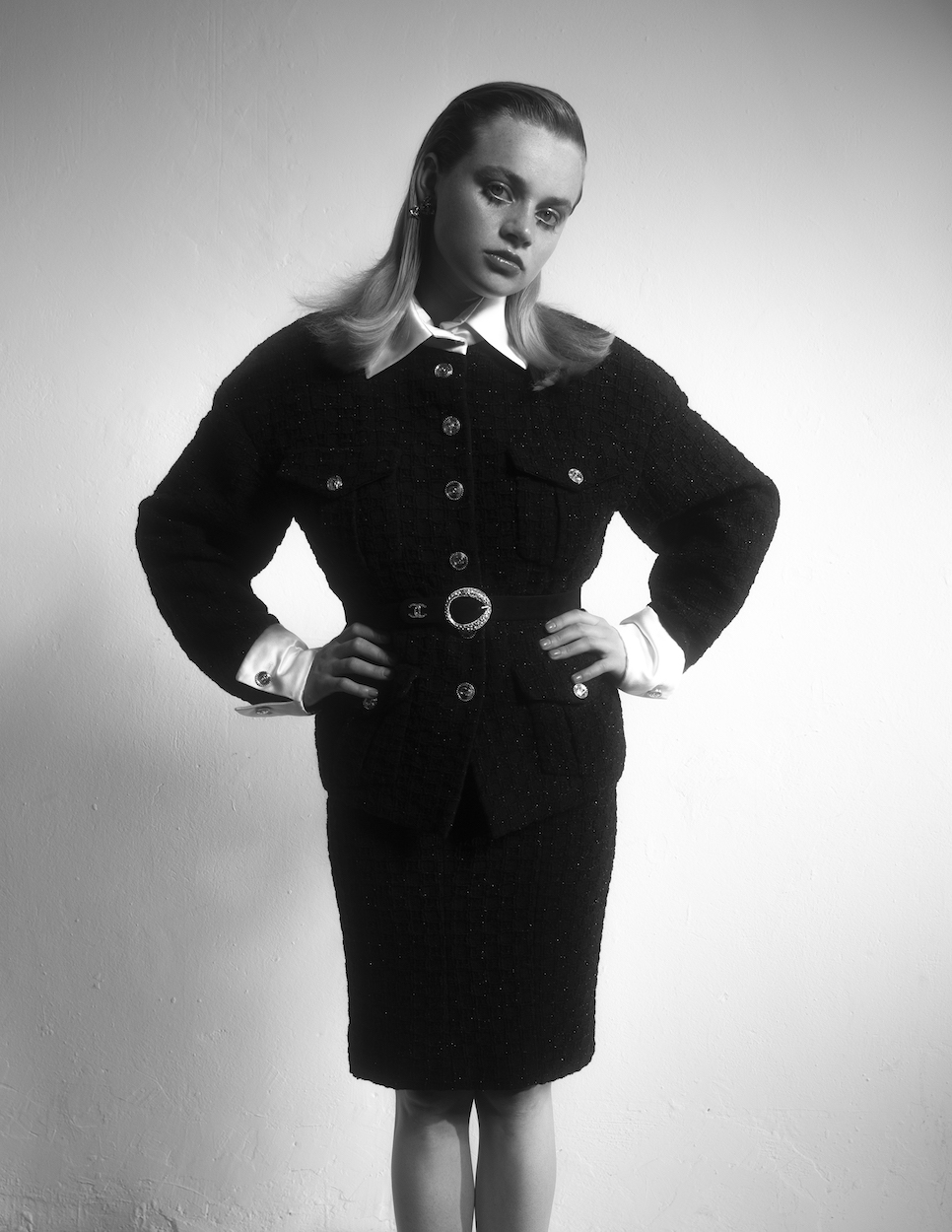