Today it´s about the creative process and authenticity. 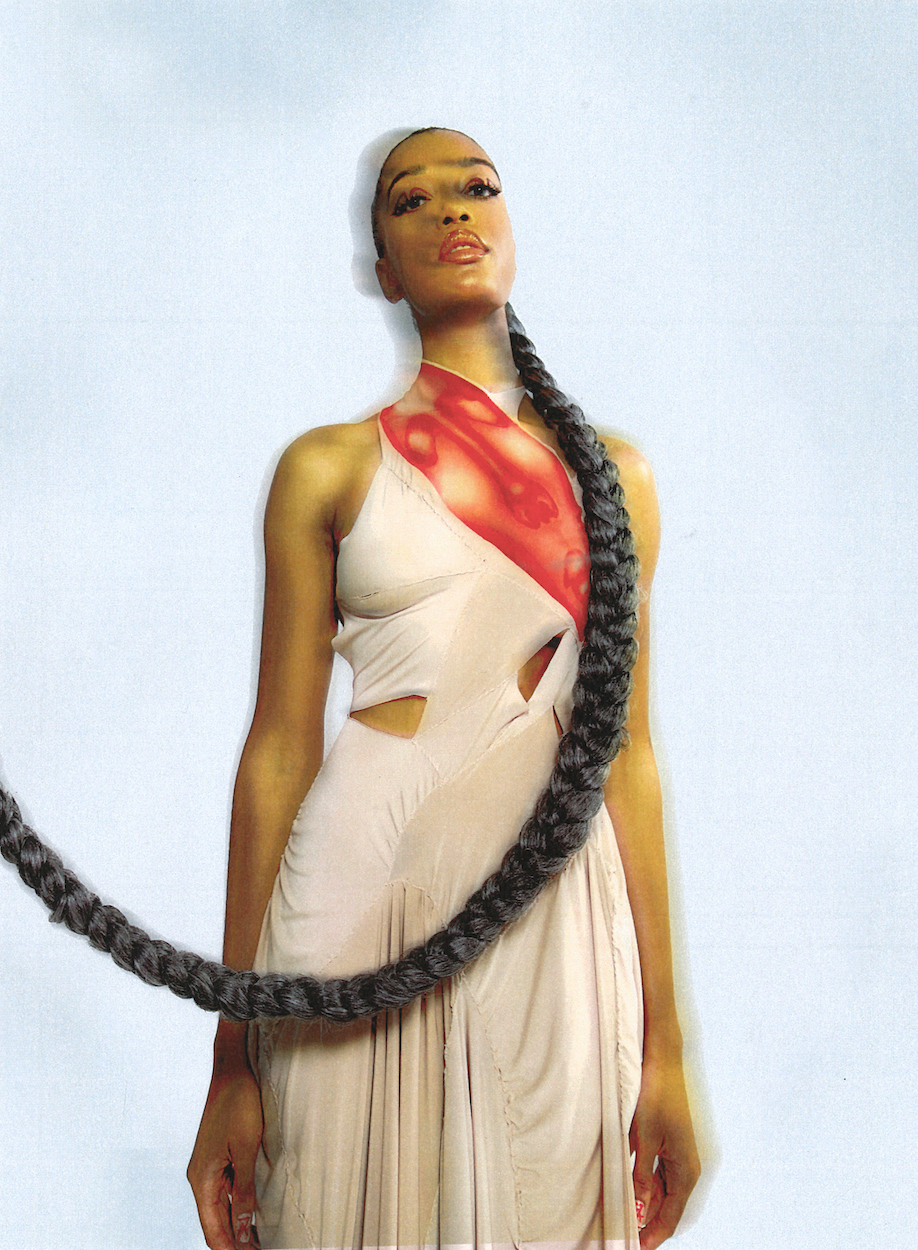 Down below IMVN elaborates on the subject and the making of her EP, and how she wanted to convey vulnerability, when embraced, as a strength. Additionally, IMVN shared her 15 favorite songs at the moment with us to enjoy this week.

Your new EP “FAZE”, which comes out on the 21st of April, what is it about? and what was your creative process behind the writing of your songs?
Before FAZE was born, I knew there were two things I wanted to convey: First, I wanted to create a body of work that could define/introduce my sound in the most compact way. Second, I always knew I wanted to write about vulnerability as a form of identity. If I was to personify and embody it, what faces would it have?  From there, these 2 objectives became the driving force for everything I created at that time. Ultimately, FAZE became the stream of consciousness of my teenage years; whilst I was navigating a toxic relationship.
All the songs apart from ‘Fall’ are freestyles I later refined throughout studio sessions. Around this time the majority of my songs all stemmed from this intrinsic place of going with the flow. It wasn’t necessarily intentional, but each song was written in chronological order, probably just a result of me trying to capture that stream of consciousness.
As I revisited each freestyle and began writing, I gave every song a theme and wrote each song with that theme in mind. My process for ‘Fall’ was very different compared to the others and much more organic. Despite the fact I wrote the songs when I was 16/17, writing ‘Fall’ still feels like yesterday.
I had reached a point where I was feeling quite defeated within my relationship and one day I wanted to change that narrative. I no longer wanted to be a victim and in order to change that, I needed to feel it one more time, to put it down into words in order to move on. My producer (KamiKwazi) played some chords which I looped and the song came out straight away without hesitation. Although writing ‘Fall’ came easy, I spent many months trying to achieve the cinematic feel I was going for production-wise. I found it challenging and I had to be patient with it, but I realised the vulnerability displayed within that song was what I had been searching for at the start, so it became very sentimental to me. Writing ‘Fall’ enabled me to move past this liminal state I was in, towards the place I was searching for when I wrote ‘DTB’. Upon writing ‘DTB’, I knew I wanted to close the project with the message that vulnerability when embraced can be used as a strength. I had a lot of songs I wrote in an attempt to find the right closing statement for the project and in the end, the assertive and unapologetic nature of ‘DTB’ made it the perfect final chapter.

How would you describe your sound? And how did it evolve throughout the years?
Currently, the only words I use to describe my sound are ambient + introspective. I tend to shy away from being genre-specific because I aspire to combine multiple genres. I guess I intend to be somewhat undetectable within any one genre, but a key element of my music is introspection. My main focus is to provoke thought and invoke feelings and I hope to do that with an ever-evolving sonic identity.
Throughout the years, I have been relatively experimental with my sound, but I feel like my voice hasn’t really changed all that much. I’ve had this mature-ish voice since I was about 12 and the evolution probably lies most in me learning how to use my voice effectively. I’m always evolving and I hope to keep it that way because I think that’s how you keep growing and creating new and authentic material.

Are there things you want to experiment with in the future that may result in a subtle/drastic change in your music?
I love raw and unedited vocals but I’ve also been experimenting with vocoders recently, which has been fun. I’ve sort of made it my mission to try and create emotive songs out of sounds that people might associate with being quite isolating. So, that might create a subtle change in my music. I also hope to get into wearable instruments and wanna get something like the MiMu gloves… that will be fun to do! 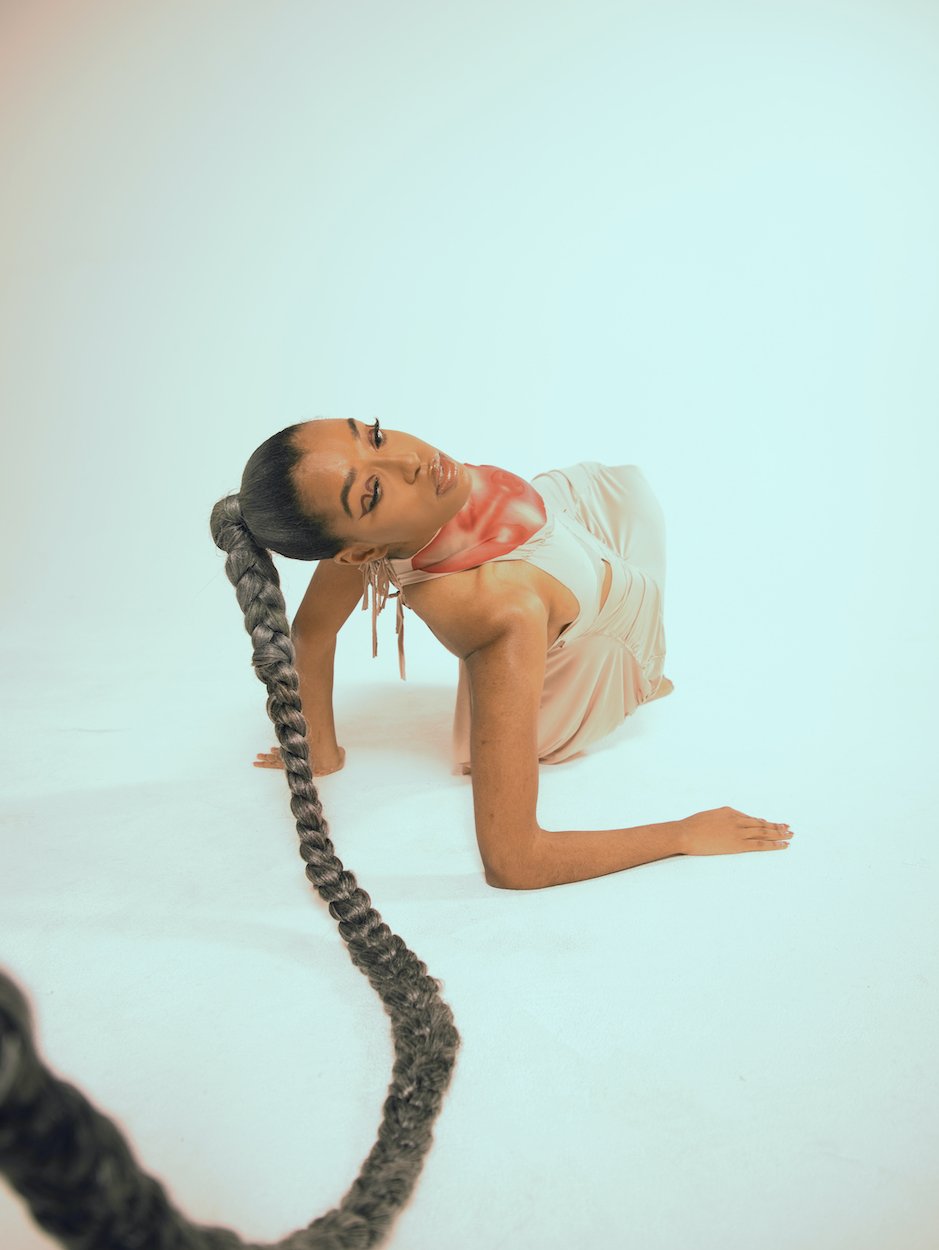 Who (famous or not famous at all, musicians, actresses, models, fictional characters, or just the people around you) really inspires you right now, in this stage of your life?
Generally, people that disrupt the status quo are what inspire me these days. That extends far into so many industries; music, film, tech etc. A person that instantly comes to mind though would be Kanye, as he’s always been a change maker. A friend of mine works in tech for Spatial Labs and the things they’re doing over there are so progressive, I’m inspired by that. I’ve also got a strong group of friends who are also artists and seeing their progression and work is always inspiring to me.

Do you feel, as a new and upcoming black female artist, that the industry is trying to label you in a certain way? and how do you feel about this?
I could answer that with a simple ‘yes’ and that would be enough! It’s no mystery that being a black woman in music puts you at a significant disadvantage in every way, however, it’s not to dwell on that. In retrospect, I’d even say my first objective of introducing my sound in the most ‘condensed’ form was an attempt to make ‘FAZE’ and my sonic identity more understandable and palatable so that I could get the industry to notice and understand me. These are compromises that are easily subconsciously made in order to be considered and heard, but that’s not right. I found that there was no use in doing that because the industry doesn’t really compromise until it finds a reason to, so I don’t believe in mistakes, but I learned that this intention of mine was somewhat redundant. The journey I’ve been on with ‘FAZE’ and the industry encounters I’ve had at this early stage in my career have taught me my values. To have integrity and remain authentic. I’m just not willing to compromise my aesthetic and art and I’m not interested in labels. Labels are a form of limitation, and I intend to be limitless. Also, I often get placed into the ‘R&B’ or ‘Alternative R&B’ category based on my appearance. Yes, I love those genres and I have digested them. To be strictly ‘Alternative’ allows room to transcend genres with more ease. Hopefully, that’ll make more sense on the next one though.

You used to be a dance student, in what ways do your dancing and music overlap? How did they influence each other?
I have spent the majority of my life dancing and singing simultaneously, but when you’re young the chance to integrate them into your own concentrated practice isn’t there, because you’re still in the learning stages. I have always known and tailored my life choices towards a music career, budancingat a young age taught me how physical, expression can be. Being required to portray a story and emotion through physicalisation has inspired me to create that same physical sentiment through my music. In a more obvious way, I spent the time studying so that I could deliver the best live performances. I guess you could say it’s me trying to live out my childhood pop star fantasy the ‘IMVN’ way, whatever that means!

If you could dream really big (or maybe small), with which artists would you love to work in the future? And why?
Some people I’d love to work with soon are Oklou and Shygirl. I’d also love to write with Cleo Sol one day. They all have such original and distinct sounds which I love. James Blake and Kaytranada are on my dream collab list, so that’s something I will work towards! They both have an ability to create euphoric landscapes through sound and with every project that comes out I’m left with my jaw on the floor… on loop.

Your mother encouraged you to write in the summer holidays, in what other ways has she encouraged you and still does to this day?
I have my mum to thank for anything and everything, literally! She’ll always be my number one source of inspiration and her numerous sacrifices over the years are the ways in which she continues to encourage me to pursue my dreams. As an independent artist with a distinct aesthetic, you often find yourself self-funding your whole career, or at least I have for a while now. Without her moral and financial support, I wouldn’t be here with a project to give, and that’s something that I hope changes with time for future artists. As a child coming from a single-parent household, I used to watch her as a role model so closely.  Seeing how hard she has worked so that I can succeed in life, has encouraged me and is what propels me forward in my career.

Here is her personally created playlist for Fräulein: