– May 2023 at the Museo Salvatore Ferragamo, Palazzo Spini Feroni, Florence. 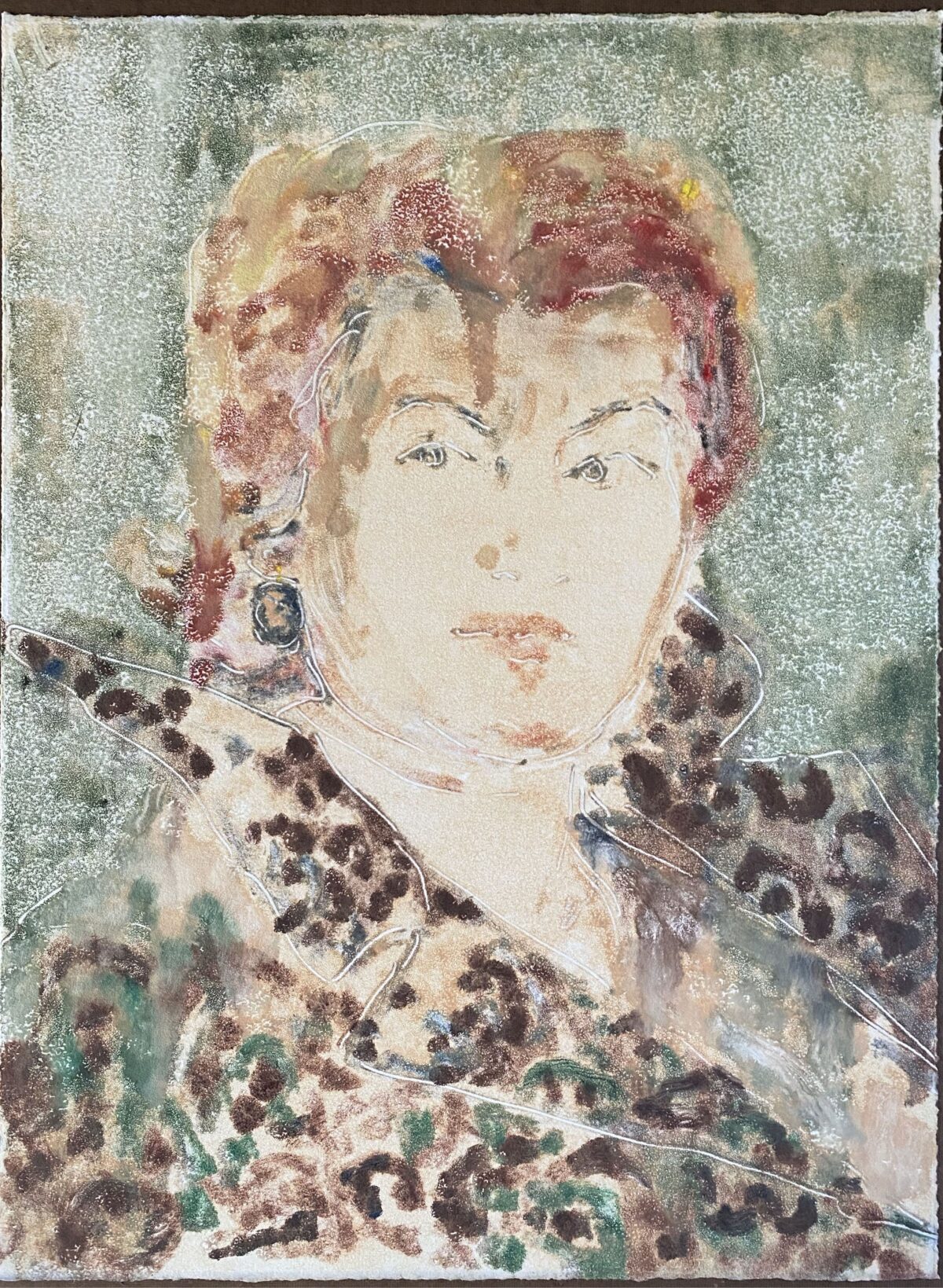 The exhibition is a tribute to Wanda Miletti Ferragamo, the bright mind and steady hand that led the Salvatore Ferragamo brand from 1960 until her death in 2018. Putting in focus two chapters in her life, before and after the death of her husband Salvatore, whom she had married very young, bearing him six children who would later join the company.
Wanda used to be a wife, mother, and homemaker; after the metamorphosis, she was a businesswoman whose family remained the linchpin around which her life revolved.
Wanda’s story reveals a woman who masterfully combines the role of a „homely“ woman, her husband, and her children while simultaneously her duties at work and her responsibilities to the company. As Wanda Ferragamo rarely spoke about herself and her achievements at Ferragamo brand over the past six decades, this exhibition aims to show Wanda´s personality from many angles and perspectives. At the same time and as she would have insisted, to tell the stories of other women who, between the late 1950s and the early 1960s, balanced personal success with devotion to their families. 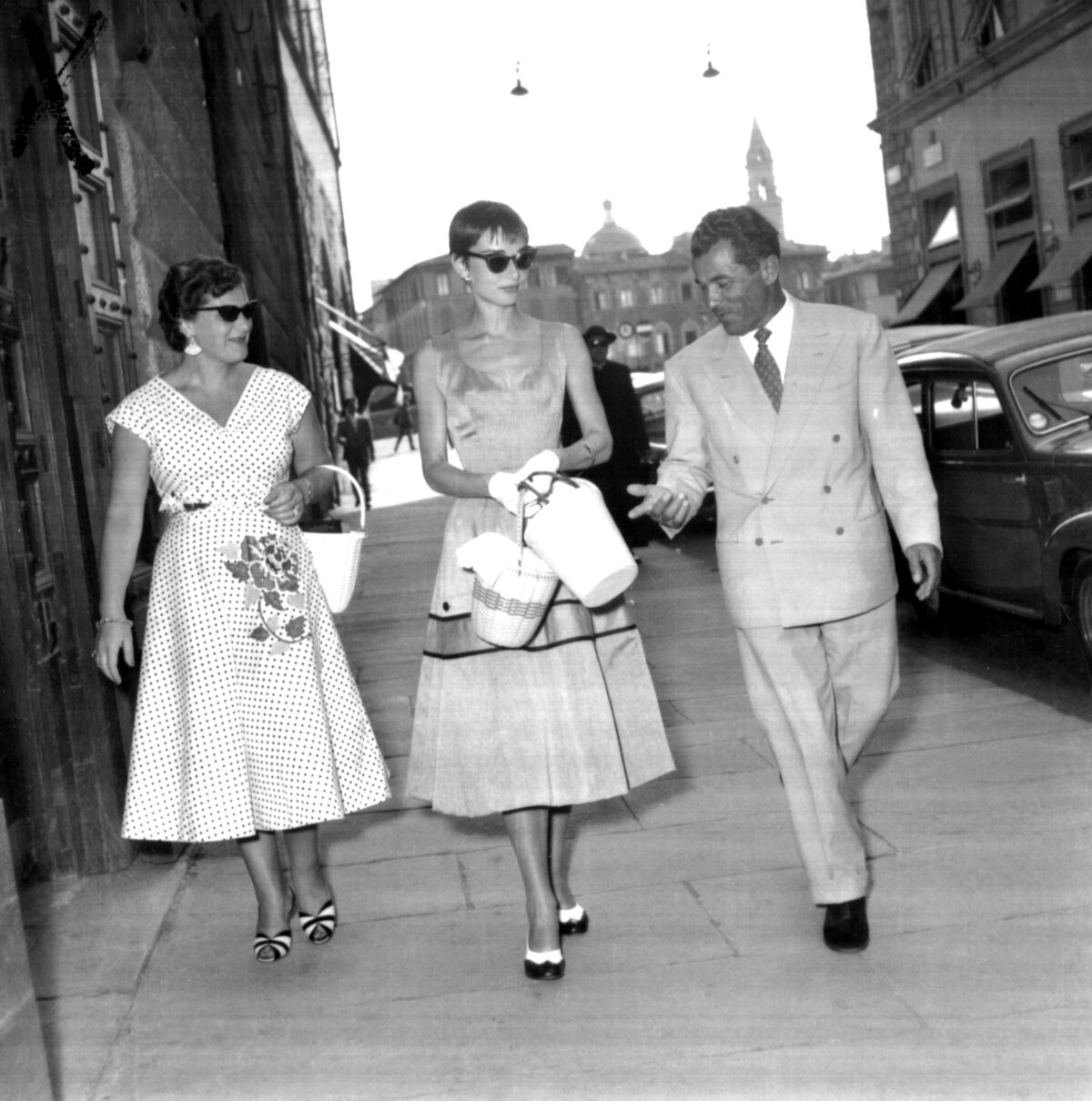 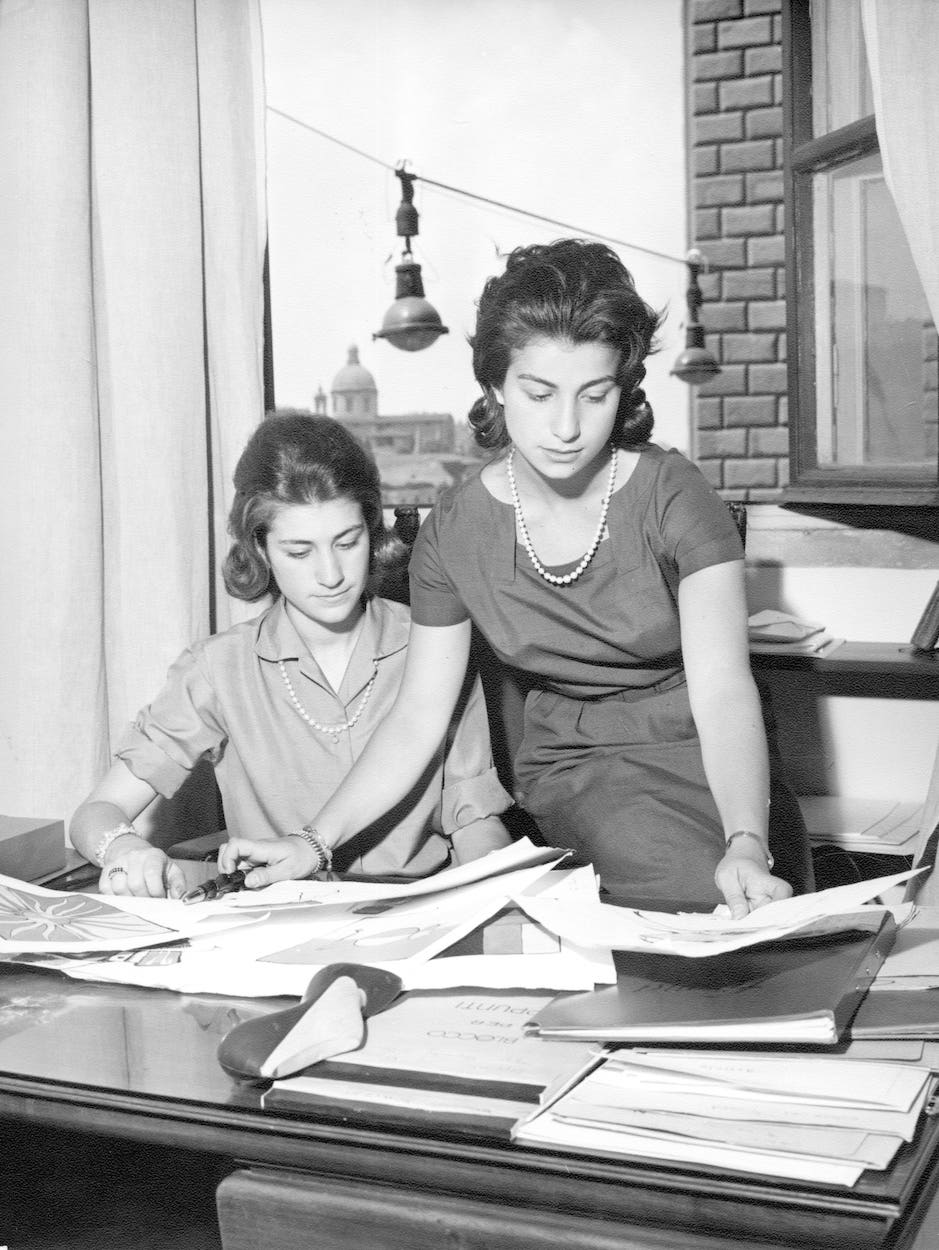 The sisters Fiamma and Giovanna at work, 1961.

The exhibition proves that history evolves through a plurality of creative, productive people, not as the result of one absolute principle but as the outcome of the reciprocal actions of individuals who develop new lifestyles and consumption models, and gender and labor relationships. All these factors catalyzed by the economic miracle could be found in post-WW2 Italy, showcasing a shift in the mentality of the Italian society.
Following a series of choices that Wanda Ferragamo made when her beloved husband Salvatore died in August 1960, the moment she decided to take over management of the company and combine this new dimension of her life with caring for her family and children, some of whom were still small. The intent is to focus on this part of her long existence to highlight the stories of other women who made the most of their time, often seeking to shape their lives in ways that would help build a different society than the one they were born into: women who entered the professions, culture, and the sciences, who were more or less well known, who questioned the order in which they lived and worked, and for whom family was the North Star that guided them.