A Convo with Marcell von Berlin

Marcell Pustul, best known as the designer behind the fashion brand Marcell von Berlin, shares with Fräulein why he dedicated his recently launched latest collection to his muse: the female he refers to as ‘the stronger sex.’ Marcell also talks about how he started out as a fashion designer himself, and gives advice to those working in the creative realm.

Your latest SS21 women’s collection pays homage to powerful women and their inner path to sensuality, pleasure and deep fulfilment. You chose to represent this in the form of a flame print, seen on a majority of the pieces throughout the collection. Who specifically inspired this collection? Are there any women in particular who you think have this burning flame and desire in their hearts?

I am surrounded by so many strong women in my personal, but also professional, environment. I admire their strength, bravery, perseverance, and their assertiveness, also seen throughout history. What women have had to fight for for years, if not for centuries, which men often took for granted! Women are indeed the stronger sex!

Your grandmother had a great influence on you. Did she in some way shape and help you become a designer?

My grandmother was a very talented seamstress. From her, I got my passion for fashion and I learned most of the basic skills. That is why and how I moved from Poland to New York at the early age of 17, which is where I had my first fashion internships. I started studying at Parsons School of Design. Then, after a couple years of working for different international designers in New York, I felt the urge to create my own designs and I launched my own label in 2012.

You used to live in Berlin, but later moved to Los Angeles. What did you like most about living in Berlin?

I lived in Berlin for a couple of years and I learned a lot from the city. Much of what I took for granted is, unfortunately, not the given case in every part of the world. The freedom to be who you are, to love who you want, and of course, to dress as you please. This freedom is what I want to reflect in my fashion. In Berlin I learned to tolerate every concept of life, and to be at peace with myself. I was born and raised in a little town in Poland, you know… If you have a look at the political situation at the moment, it’s a shame. 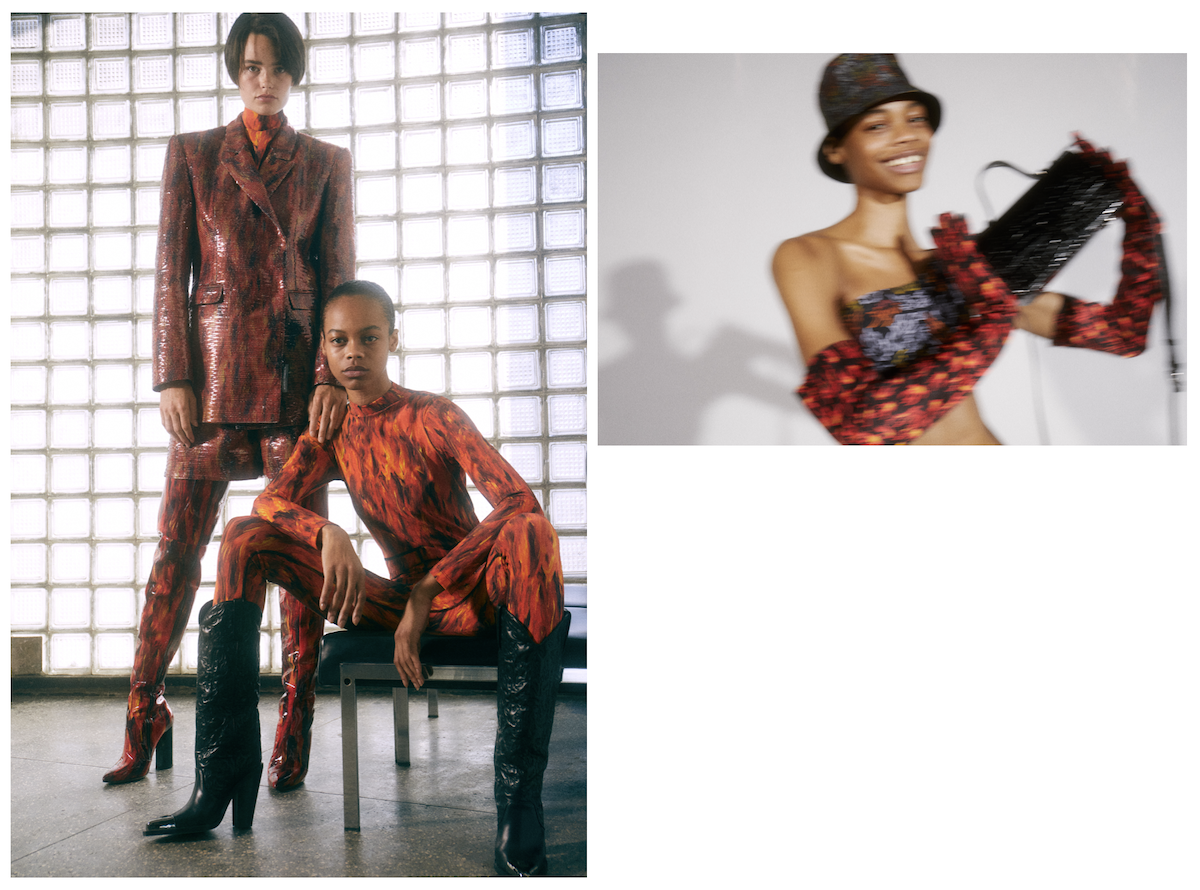 You have had your own label since 2012. How did you start out after your studies? Is there any advice you could give up-and-coming fashion designers?

After graduating, I worked for bigger name designers. I quickly realized that I wanted to create my own fashion. I loved New York, but understood that I needed to go to Berlin to find my inspiration. And this is indeed where I found it- in the nightclubs, on the streets, between East and West Berlin.

Advice I would give to not only up-and-coming fashion designers, but also to any artist, would be to continue to pursue your inner urge to create! Chase it and fathom it! Believe in yourself and don’t give up! It will bring you right where you need to be.

Where do you find the biggest challenges in being a fashion designer?

We must always be as good as possible. We must always surprise the audience with new ideas and products. I usually start working on a new collection a year ahead of its release, and each time I hope that, a year later, people will love it as much as I did at that moment.

Personality and our character are both reflected in the clothes we choose to wear. The goal of your label is to empower people to express their individuality. Why do you think expressing oneself is important?

Fashion gives you the opportunity to transport your inner-self to the outside. In this way, you can show others who you are and what you stand for. Don’t hide yourself. 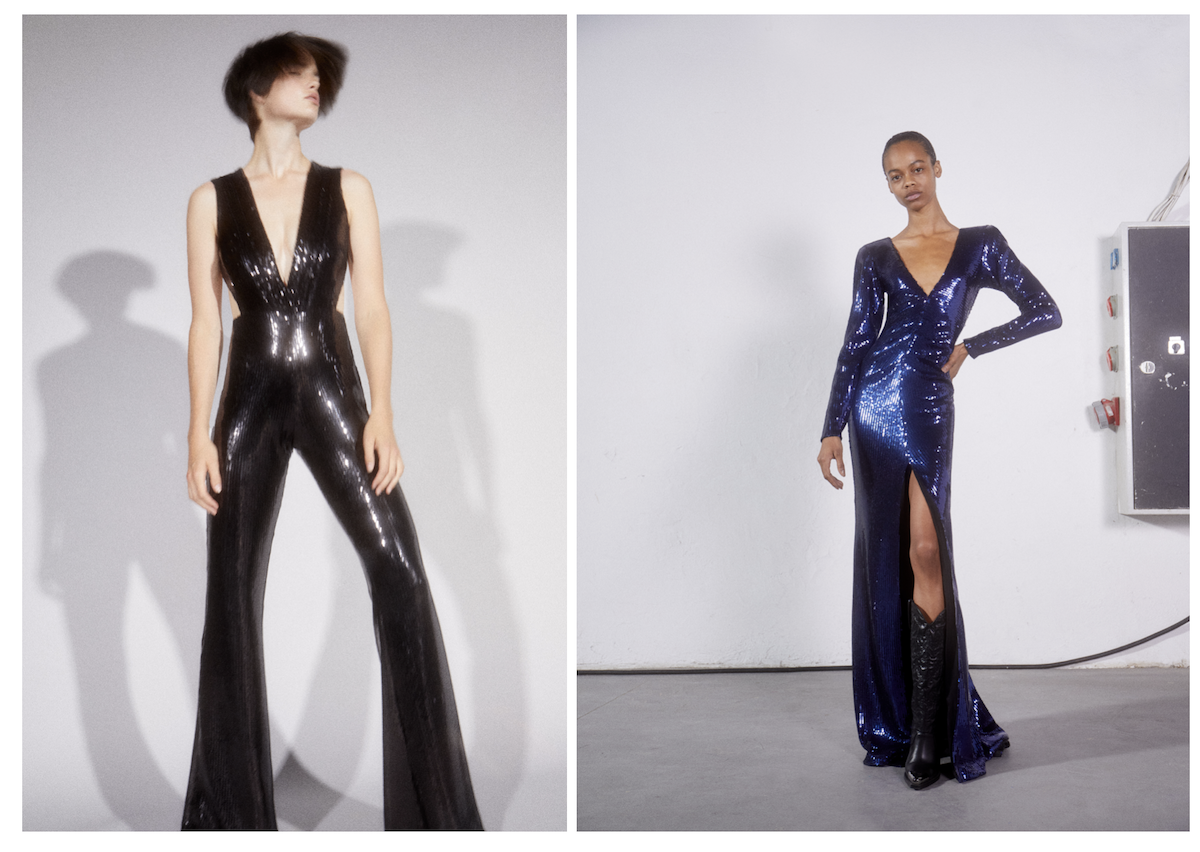 You have clothed celebrities like Jennifer Lopez, Toni Garrn, Robbie Williams and Rita Ora. Who would you particularly love to see wearing your clothes next?

It would be my greatest honor if Beyoncé would wear a MARCELL VON BERLIN piece. But of course, when any artist wears something I created, it is always special to me.

What is your future vision for you and your label MVB?

First and foremost, I wish that we will all come out of this Covid crisis not only healthy, but stronger. I am grateful for everything we have achieved so far with MVB, and we have planned many exciting collaborations on the American market and for sales to be further expanded. And then we will see! We are always coming up with more surprises, so stay tuned!

Your collection launched on 11th January, where can we get our hands on it?

On our online shop, which now also appears in new splendor after it received a small facelift. And, of course, our flagship stores in Berlin and Los Angeles. We are also in Miami, Warsaw, and Frankfurt.

Marcell von Berlin S/S 21 from Off One’s Rocker on Vimeo.

For your well-being: Hempinger CBD (+ GIVEAWAY!)

Have you been taking enough care of yourself lately? This year still feels fresh (even if we necessarily don’t), and …

„Who’s That Girl Rollerskating in Gucci?!“ An Interview with Sara Lancerio

A Summer of Love in Wood Wood

If you were already aware of the Wood Wood presence, perhaps you associate it with streetwear and lounge sets. It …