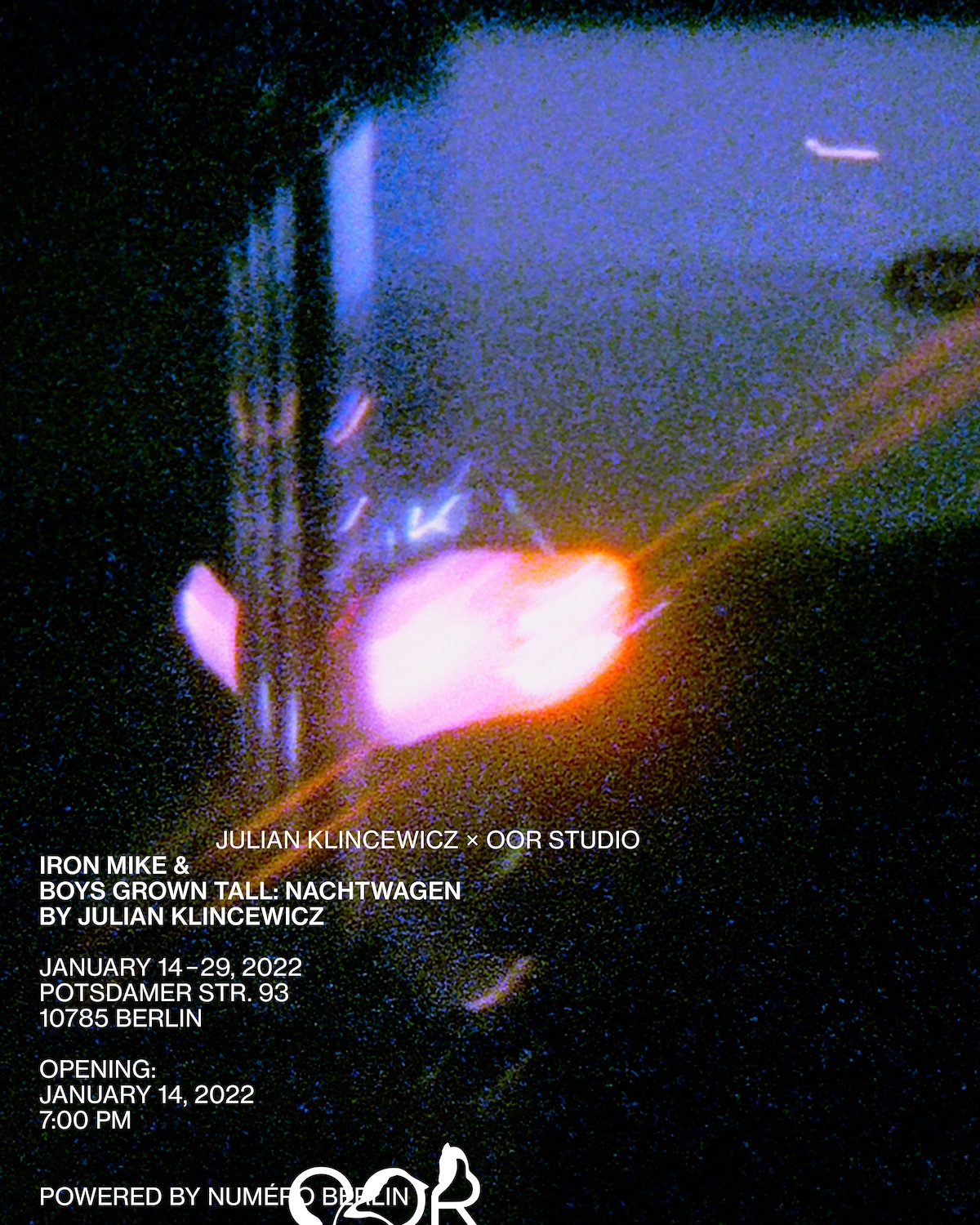 Despite being shot in different times and locations, the exhibition manages to deliver aesthetic pleasure and coherence through a meticulous use of color and movement.

“IRON MIKE” presents a series of energetic portraits of athlete and celebrity Mike Tyson, focusing on the strong subjectivity of the character filtered by playful light games and eccentric clothing pieces.

“BOYS GROWN TALL” addresses the harmonic interaction between static culture traditions and continuous movement, by featuring images of trucks captured along the Interstate 5 freeway in California.

Julian Klincewicz is a California based photographer, writer and designer with the desire to merge and expand the limits of artistic disciplines. Through such an expansive use of media, Klincewicz has been featured globally in several group and solo exhibitions together with being frequently collaborating with clients such as Virgil Abloh, Louis Vuitton, Adidas and many more.