Each week, OOR Studio reaches out to various artists, musicians, and those with all-around good taste. 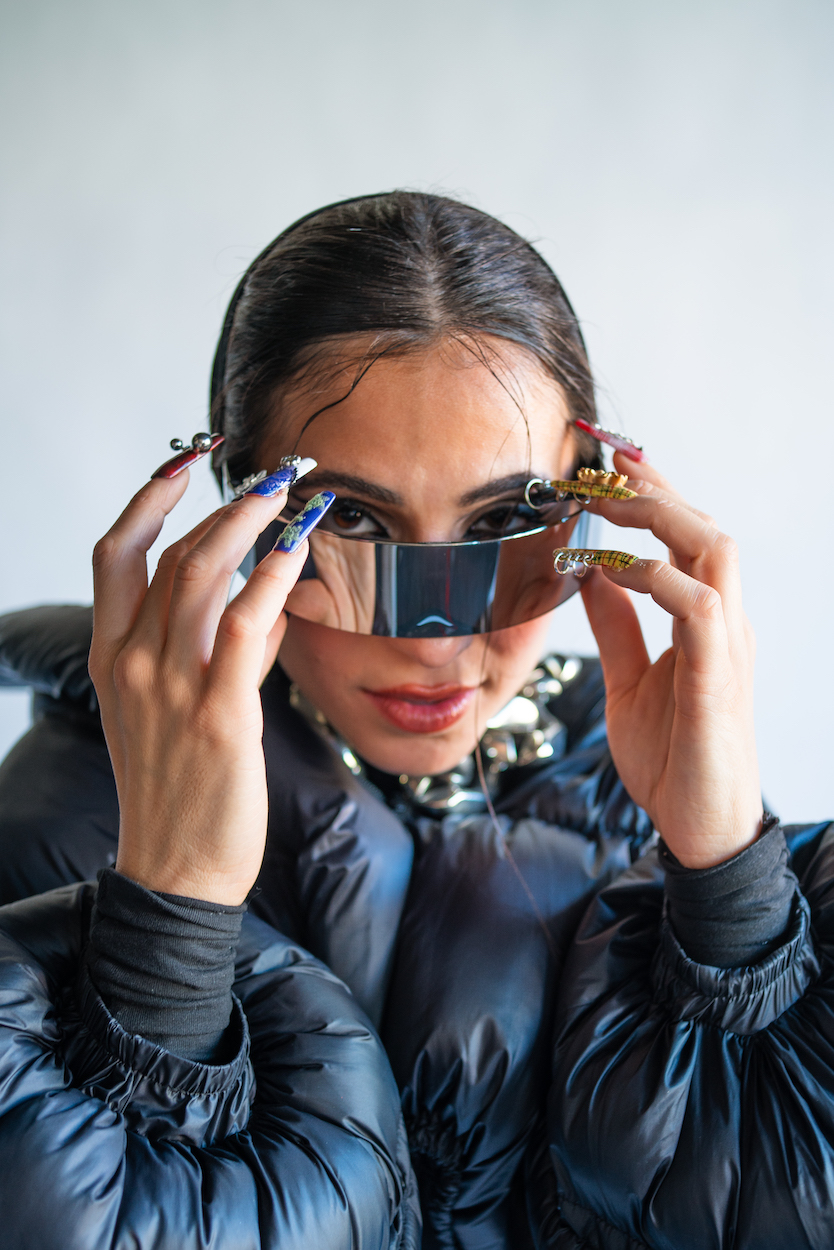 This week we talked with the singer Evîn. Since 2020 the artist has been releasing her own music. During her childhood she lived in Bochum, studied Jazz at the Academy of Music in Dresden and finally finds her place in Berlin. She grew up between two cultures and through her art she builds bridges between her hometown Germany and her family of Laz and Kurdish immigrants. Her father is Kurdish from Turkey and her mother is Lasin from northeastern Turkey. For Evin, that always remains a part of her. In her soulful music, she combines contemporary R&B elements with her own Kurdish roots, singing from experience about themes such as love, memory culture and belonging.

Born in Bochum, Germany, you grew up in a family of Laz and Kurdish immigrants. Your songs seem really personal and tied closely to your culture. What impact does your childhood have on the current music you make?
A huge one. I became 27 years old this year and every day growing older I feel like I’m understanding more and more the impact that it has on me. Of course the music, the language and the culture of my parents were really present, but also the struggles we had back then, the topics that we were confronted with seem to make their way into my lyrics 15 years later.

Since when do you write your own songs and lyrics? And what inspired you to start with making music in the first place?
I wrote my first song when I was 13, the hook line was like: “And I am naive, I think the bad will be good some day” haha and starting from there I kept on going, but not always alone. I played in bands and we would jam a lot and I would come up with the melodies and lyrics. That was a lot of fun for me. When I was four I would write into the journals of my friends that I wanted to become a singer. I really just felt drawn to stages, to singing, to playing instruments. My mother would take me to choir rehearsals although I was fucking scared of not being good enough. But my mother believed in me and that gave me a lot of confidence.
Your are known for your fusion of R&B and soul music with oriental roots and melancholic vibes that are complemented by your lyrics inspired by life. How did this fusion came about?
Growing up I listend to a lot of D’Angelo, Erykah Badu, Hiatus Kaiyote. I think those were my first big influences. Within the years I found my
way back to the music that my parents listened to, mostly Kurdish traditional folksongs, and I just couldn’t believe how enriching and special this music is. Today I am really inspired by it and I want it to be a part of my music just like R&B. I guess music is just the sum of diverse inspirations and of course the things that happen around me have an influence on me.
How would you describe your music and own aesthetics in three words?
Free, edgy, roote.
You have a great way of sharing your values and emotions with us and I think that’s prominent throughout your music, even with your whole appearance. How do you feel about sharing such personal things with the people around you?
It feels crazy. Because I’m really not a good talker and through music I found a beautiful way to express myself. I want to share myself, I want to connect to others and without a melody and a beat it’s just really hard for me. My songs have given me a great platform.
Is there a certain environment, a certain place that charges you up with inspiration like no other?
Ohh yes! There is. But actually, it’s not a concrete place. It’s more of a moment. It’s a litte bit embarrassing haha but it’s that moment when I drink my first coffee at like 11 a.m. after I’ve already been practicing and working, sitting at my table and listening to music that inspires me. That’s all. THAT gives me so much freedom and inspiration. Directly after I open up Logic and start producing. 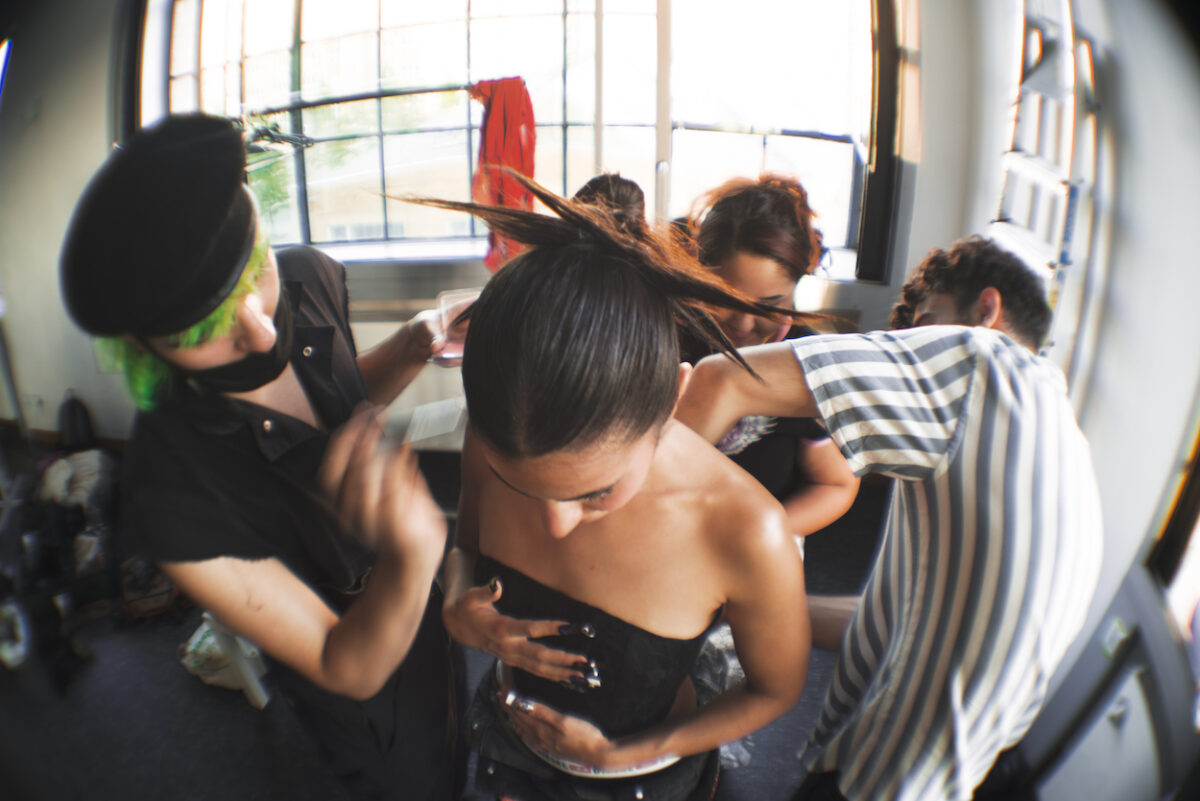 You play the piano, put your feelings on paper and even produce your songs yourself. For me that seems really empowering. How does it feel doing everything on your own?
It feels so good. I used to have this feeling of being so dependent on others, also concerning the content and style of the music. Today I understand how wrong that was, how I tried to fit into a form that I really wasn’t fitting in. Today everything changed, I can realise the sound aesthetics that I have in mind to a certain point and that really gives me freedom. But of course, I don’t work entirely alone. I have my producers and sound engineers that I really trust and without them it wouldn’t be possible.

Have you grown more confident as an artist though your own music?
Yes, I have. Of course it still is a process, but I feel like I’ve been finding myself more and more in my music and even if there is critique I’ve become more stable. I think I really am the most confident when I stand on stage singing and performing my own songs. That’s just the greatest feeling.

Your upcoming EP „It Wasn’t Even For You“ will be released on November 25th and expands the spectrum around manifestation, empowerment and healing. Can you tell us something about the the process of creation and the background of the EP?
I wrote the songs all to a similar time and made some demos in my home studio. I already had the title of the EP before I even knew which one of the songs would be on it haha. But the phrase “It wasn’t even for you” has been on my mind for some time then and it has been giving me strength that it just made sense to name my project after it, especially because it deals with healing and empowerment. Although my first EP was not even released, I just had the urge to start a new project. Back then, I lost a really close person in my life and I just needed to get that out. I feel like with realising this EP I also get a little bit of closure of that really dark and lonely period of time that I’ve been going through. With the demos I went to the studio with my producers Jako and Karl Kindermann and together we arranged the songs, made them sound nice. Meanwhile we created the aesthetics for the EP, making photos and music videos, which came out really special because we shot them in Istanbul which until then has really been a dream to me. To the same time I designed my first merch (y’all are the first to know hihi I haven’t even announced it yet) which will drop together with the EP on November 25th. It’s been such a personal but also an insightful journey and I’m so happy because I got even deeper into production and experimenting with sounds which is definitely the direction I want to go to in the future.

You also discuss issues like social injustice, female empowerment and commemorative culture with your songs. What role does music play for you in drawing attention to political themes?
A huge one. Because music has the potential to let the listeners feel the pain, to listen to a personal perspective, to make you think about topics that you’ve never even thought about. Reading the news, knowing about history is so important in my opinion, and music for me is like the counterpart to it that is not only rational letters on a white piece of paper. It’s a space where you can be emotional, where you can show your feelings, where you can share them with friends or strangers and where you can tell about personal fate and people listen to you. Music has that role for me and I understand that more everyday.

In what way should your music influence the future and what should it move?
I want to contribute something new musically, I want to create my own style. Sometimes it seems everything is so oversaturated and I just don’t want to reproduce what thousands of others do. And really it’s not easy, but I want to put more and more messages, that are important to me, into my music. I studied Jazz Vocals for some years and I felt so unpolitical in that time. It was a great time in general, but it really wasn’t me. Now I understand the potential and impact that songs can have and I am beyond privileged to be able to use that.

Exclusively for Fräulein, EVÎN has shared her current playlist with us….