From this week’s fashion collabs to the latest book releases… Here is what was on our radar at Fräulein, of what to do, watch and read this weekend.

If Gucci’s new „ARIA“ collection is dominating your entire feed.. Don’t worry, you’re not alone, ours too, it’s normal. The first collection presented on the occasion of the 100th anniversary not only marks a retrospective of the past years but also confirms the rumors of the „hack“ (as Gucci calls it) between the label and Balenciaga that have been circulating for a few days. Gucci’s Creative Director Alessandro Michele explained after the show: „Gucci becomes for me a hacking lab, made of incursions and metamorphoses … I have plundered the nonconformist rigor of Demna Gvasalia and the sexual tension of Tom Ford.“ Check out the collection, which was largely launched as a fashion film, here:

It was a long, hard winter without any culture or museums, especially without Berlin’s beloved Hamburger Bahnhof. Where to go on a rainy Sunday? If all the books are read and the time in front of the screen is much too high and the ideas  of good have slowly run out – there is help now. And since Spring is still taking its dear time in Berlin, it is all the more important that Hamburger Bahnhof has opened. It is the last weekend where Bunny Rogers‘ Self Portrait as clone of Jeanne D’Arc and the first weekend where Pauline Curnier Jardin Fat to Ashes can be seen. Also: Xinyi Cheng The Horse with Eye Blinders, Magical Soup and The Collections.

Get your tickets here.

Parisian artist Pablo Tomek works on urban environment and the cities in which we live. In his latest exhibition at BAM Berlin, he presents a selection of paintings that reflect the context you’re involved in when growing up. For Tomek, that has always been painting and graffiti. In an Interview with Fräulein Online, he said: “If you start with a flower and you move it too much, it becomes something abstract. If you do something like this with graffiti, it becomes something abstract as well. Those were the first steps I made towards painting.” 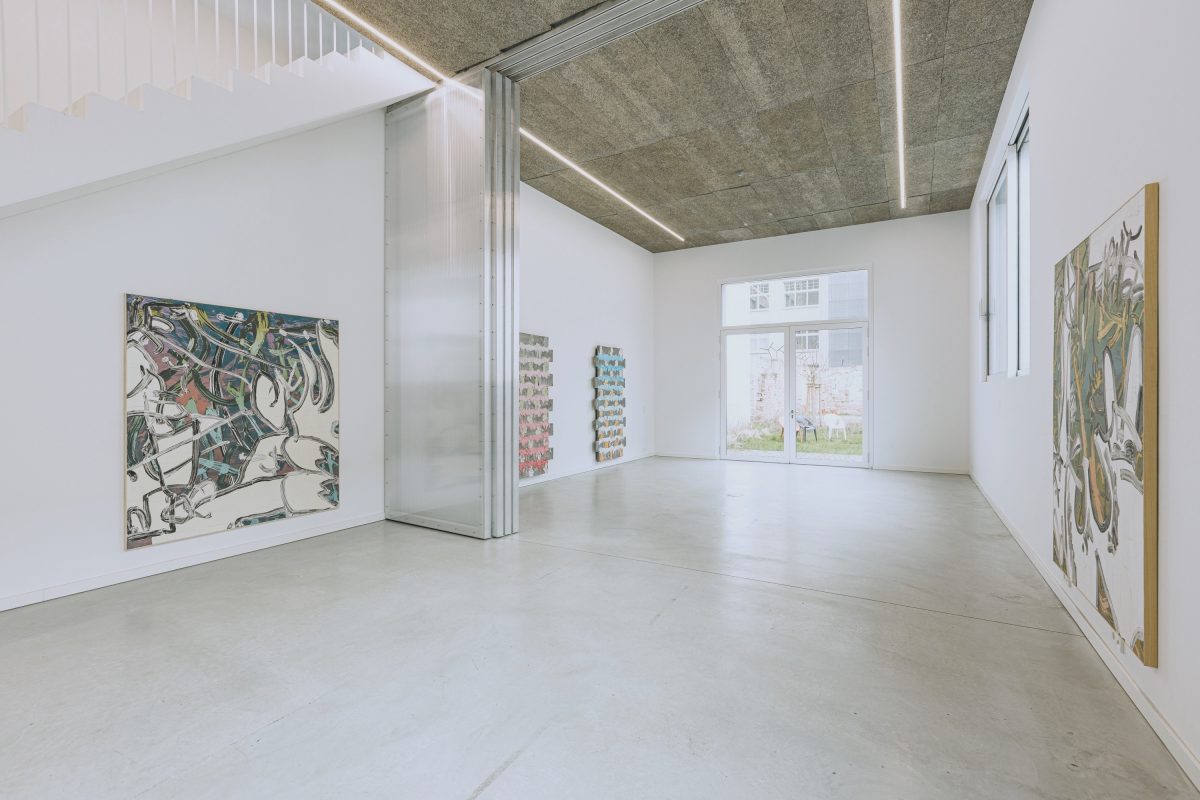 ON NETFLIX: SEASPIRACY AND THIS IS A ROBBERY

Two Netflix documentaries have attracted widespread attention this week. First off, there’s the 90-minute long Seaspiracy, about the impact of commercial fishing, which has triggered celebrity endorsements and hype of fans with its depiction of the harm the industry does to ocean life. Then, we have This Is a Robebry: The World’s Biggest Art Heist that tells the story of the 1990 robbery of Boston’s Isabella Stewart Gardner Museum. 30 years later, the 500-million-dollar cache of artworks by Rembrandt, Vermeer, Manet and Degas are still missing. Have you seen them? Call us first.

Legacy Russell’s manifesto Glitch Feminism embraces the glitch in order to break down the binaries and limitations that define gender, race and sexuality. The book marks a new chapter in considerations on cyberfeminism and explores the relationship between gender, technology and identity. Through contemporary, critical theory and memoir, Russel shows how a fault can be a revolt.

German lawyer and best-selling author Ferdinand von Schirach has published a new European rights declaration for our modern times. It includes six new basic human rights: to a healthy environment, to digital self-determination, to protection from algorithms and fake news, to a supply chain free of human rights violations, and all of them enforceable before the European Court of Justice. They are simple, naïve and utopian. But that is precisely where their power might lie. Everyone (Jeder Mensch) is the title of the little booklet published by Luchterhand, because everyone should have these new rights. Alongside the booklet, there was a petition published to sign the initiative.

It is the fifth day of our Fräulein Christmas Calendar and our excitement is slowly and steadily rising. Today we …

THE KIDS IN PARIS

Paris, November 7 degrees and a bit of sun.